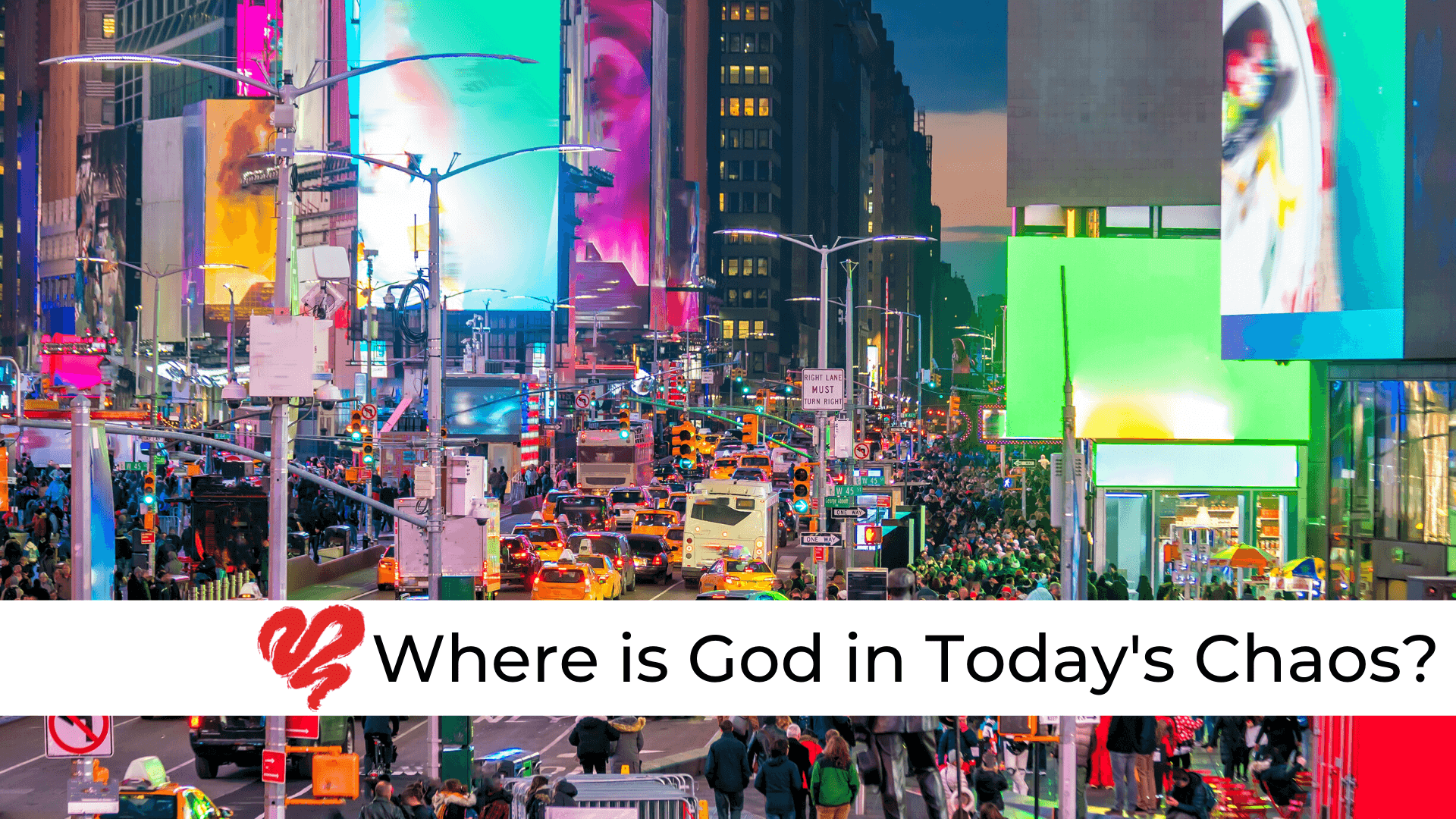 Where is God in Today's Chaos?

Five Factors You Must Know

It’s undeniable: our world has gone wild. Everything not nailed down is coming loose, and the devil is pulling nails. We ask, “Where is God? Doesn’t He know? Doesn’t He care?” God does know, does care, and He does have a plan.

A time is coming known as the Great Tribulation, clearly described in Revelation by the opening of a seven-sealed book. As the seals are broken, the horrors of the coming tribulation unfold. After a moment of silence, seven trumpets begin to sound an alarm of impending danger.

As we look for God in the chaos of the world, five factors will help you understand the days we’re in now and what lies ahead.

Know that prayer delayed is not prayer denied. Often we pray but nothing happens. We think, “Perhaps God didn’t hear my prayer. Or God heard and said no. Why are prayers so long in being answered?” The saints in Revelation 9 asked the same question. God answered, “Just wait. It’s not over yet.” God has His own schedule. If you prayed in faith, your prayer never fell to the ground. That prayer is still in Heaven. God says, “Your prayer hit the target. Just you wait.”

Don’t look at what Satan’s up to and think God is in Heaven wringing His hands, saying “What’ll I do?” The Holy Trinity never meets in emergency session. God is sovereign. Satan cannot do whatever he wants. God allows him to do certain things. Satan wanted to sift Peter as wheat and to attack Job, but he had to get God’s permission to do it. He’s still on a leash and somewhat restrained. We’re not waiting anxiously to see who’ll win. Satan is a created being. He may be sinister, but only God is sovereign.

With God, timing is more important than time. God has a purpose; everything is under His control. When God plans something, it cannot happen until the specific hour arrives. Not a speck of dust moves without His permission. God is strategically moving in the world in His own timing.

In the last days some will say, “Where is the promise of His coming? For since the fathers fell asleep, all things continue as they were from the beginning of creation” (2 Peter 3:4). Friend, God doesn’t punch a clock when He goes to work. Just because it’s been 2,000 years since our Lord stepped into glory, don’t believe for one second God has forgotten His promise. One day the trumpet will sound, the sky will roll back, Jesus will rise from His throne, and step down to receive His church. God has a purpose. He controls the timing.

When God takes the leash off, and Evil is no longer restrained, man’s perverse determination to have his own rebellious way will be on full display. Ezekiel chapters 37—39 describe a great shaking coming to the land of Israel and the entire world. Will it be an earthquake? Atomic war?

Surely with all this, you’d think men would fall on their faces, crying, “God have mercy.” But if God’s love doesn’t bring repentance, God’s judgment will result in rebellion. Jesus said, in hell men aren’t saying, “God have mercy.” They’re gnashing their teeth in anger against God, unrepentant of their sorcery, astrology, pornography, drug use, Satan worship, and murder. Today in America, you can put to death a little baby that has already been born. Mankind should be horrified, but they’re hardened.

C. S. Lewis said two classes of people live in our world: those who follow Jesus saying, “Not my will but Thine be done,” or those who say, like Satan, “Not Your will but mine be done.”

The Lord is not willing that any should perish, but for all to come to repentance. If the love of God, if bloody Calvary, doesn’t cause people to bow and give their hearts to Jesus, nothing will. Sodom and Gomorrah’s smoking ruins sound an alarm, but they don’t listen. When they finally drop into hell, a broken-hearted Father will say, “Not My will but yours be done.” Those in hell had to climb over Calvary to get there.

What lies ahead? The Tribulation of Revelation chapters 4—21.