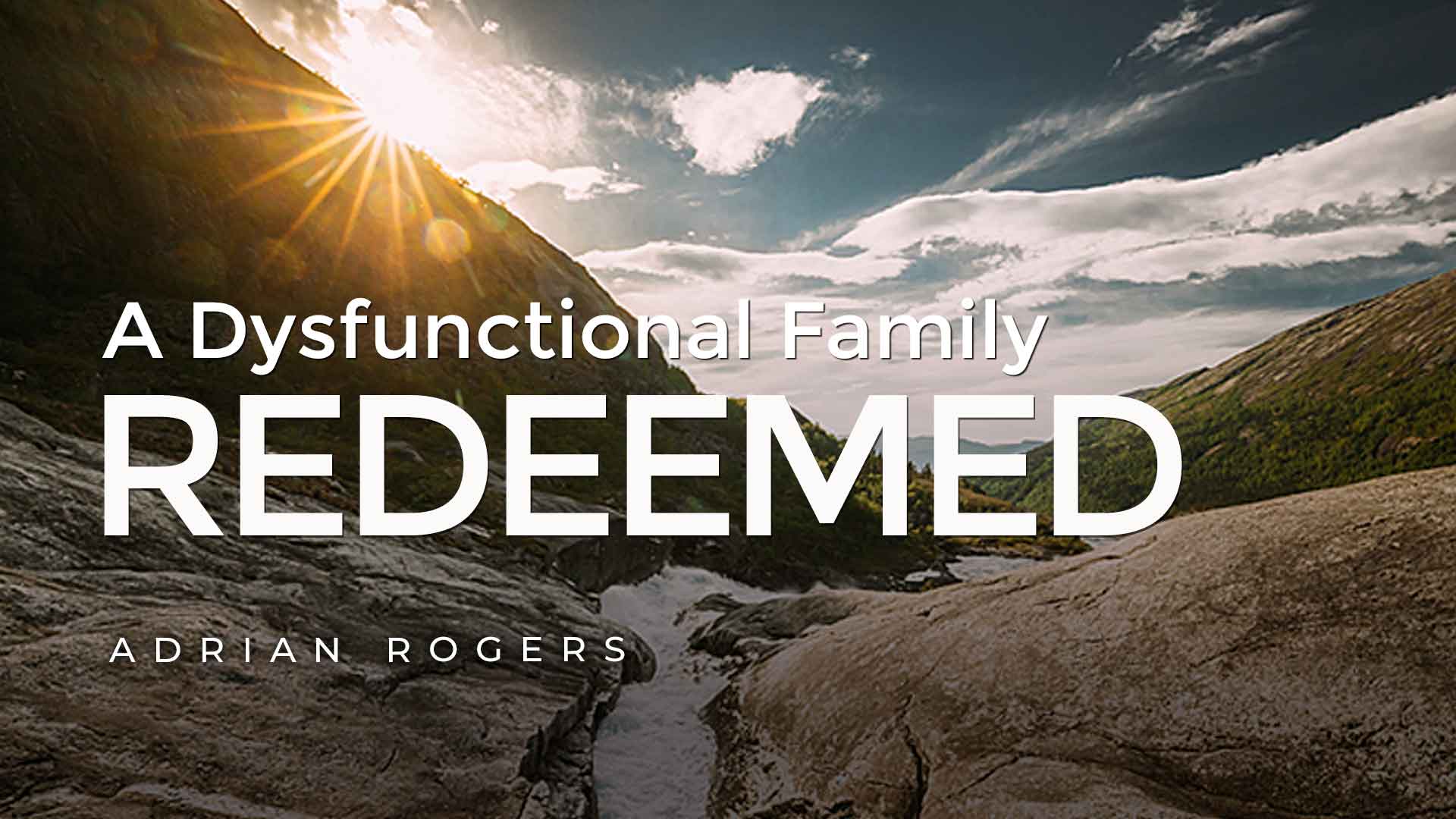 
This article is based on Pastor Adrian Rogers' message, Lessons From a Dysfunctional Family.

Before He created government or education, God created the family to meet the deepest spiritual and physical needs of mankind. Satan is trying to dismantle the family—and little wonder. When the family disintegrates, community and culture disintegrate.

Isaac is listed as a champion of faith in Hebrews 11. But when we first see him, he seems more like a failure of a father leading a dysfunctional family. But there was grace for this family, and there can be for yours.

“And the first came out red. He was like a hairy garment all over; so they called his name Esau. Afterward his brother came out, and his hand took hold of Esau’s heel; so his name was called Jacob. …So the boys grew. And Esau was a skillful hunter, a man of the field; but Jacob was a mild man, dwelling in tents. And Isaac loved Esau because he ate of his game, but Rebekah loved Jacob” (Genesis 25:25-28).

Already we find trouble brewing, because of the parents’ favoritism.

The birthright normally belonged to the elder son. But God had said it was to go to the younger, in this instance. (Read Genesis 25:21-23.) So the irony of this deal is that the birthright already belonged to Jacob. But Jacob was, by nature, a schemer.

What was this birthright? Abraham’s blessing. God had said to Abraham, “In your seed all the nations of the earth shall be blessed” (Genesis 22:18a). Abraham’s first descendant was Isaac. The next would be Jacob. This birthright involved protection, prominence, and prophecy.

How a Family Fails

In this story, we see four unspiritual individuals.

Isaac said, “Esau, go and kill some venison and bring me savory meat, so that I may eat, and then I will bless you.” (Read Genesis 27:1-3.) Here was a man given over to his appetite; what we would call sensual. He does not have his eyes on the things of God.

Rebekah was eavesdropping. She was not submissive to her husband, so she decided to disregard what Isaac had planned.

“So Rebekah spoke to Jacob her son, saying, ‘Indeed I heard your father speak to Esau your brother, saying, “Bring me game.”…Go now to the flock and bring me from there two choice kids of the goats, and I will make savory food from them for your father, such as he loves. Then you shall take it to your father, that he may eat it, and that he may bless you before his death’” (Genesis 27:6-10).

This birthright already belonged to Jacob. But the devil will try to get you to do a right thing the wrong way. In the end, Rebekah lost the very son she was trying to protect. (Read Genesis 27:41-45.) Mothers, the best way to keep your child is to trust Him to God, and not to your scheming.

Isaac could not see. (See Genesis 27:1.) So Rebekah put Esau’s coat on Jacob, and goatskins on Jacob’s hands and neck. Isaac’s senses deceived him, and he blessed the wrong son. (Read Genesis 27:11-29.)

Jacob didn’t trust God. He traded stew and deceived his old father to get what was already his. He was fighting a battle already lost, rather than enjoying a victory already won.

Christians, God has blessed us with a birthright. (See Ephesians 1:3.) But many of you do not understand the victory God has given us in Christ.

“As soon as Isaac had finished blessing Jacob…Esau his brother came in from his hunting…and said to his father, ‘Let my father arise and eat of his son’s game, that your soul may bless me.’ …Then Isaac trembled exceedingly, and said, ‘Who? Where is the one who hunted game and brought it to me? ...Your brother came with deceit and has taken away your blessing.’ …And Esau lifted up his voice and wept” (Genesis 27:30b-38, fragmented).

When a Father Repents

If the family is wrong, most likely the father is wrong. When Isaac realized what had happened, he “trembled exceedingly.” God showed him how he had tried to override the will of God, to bless the wrong son for his own selfish reasons. God brought him to repentance and faith.

Isaac loved the Lord. He was one who typified Christ. (Read Genesis 22, John 8:56.) *You can also read the article, Dress Rehearsal for Calvary, for more on this topic. In his old age, Isaac was getting away from God. But don’t mistake the moment for the man: God brought Isaac back. “Where sin abounded, grace abounded much more” (Romans 5:20b).

God disciplined this father. He may be ready to discipline you. He loves you too much to let you go on ruining your family. “For if we would judge ourselves, we would not be judged” (1 Corinthians 11:31).

Were these people responsible for what they did? Absolutely! But Almighty God is over it all. In spite of all, Jacob got the blessing. Man may rule, but God will overrule. This is the sovereignty of God. (Read Proverbs 19:21, Psalm 33:10.)

God promised Abraham, “In your seed all the nations of the earth shall be blessed” (Genesis 22:18a). What God has said, Hell cannot annul. God gave the blessing to Abraham, then Isaac, then Jacob. Jacob gave it to his son, Judah. From Judah came the house of Jesse, and David. This was the lineage of Joseph and Mary, and from there came the Lord Jesus Christ.

Lessons from a Dysfunctional Family (2395)

Lessons From a Dysfunctional Family (2395)

A Future for the Family Bible Study