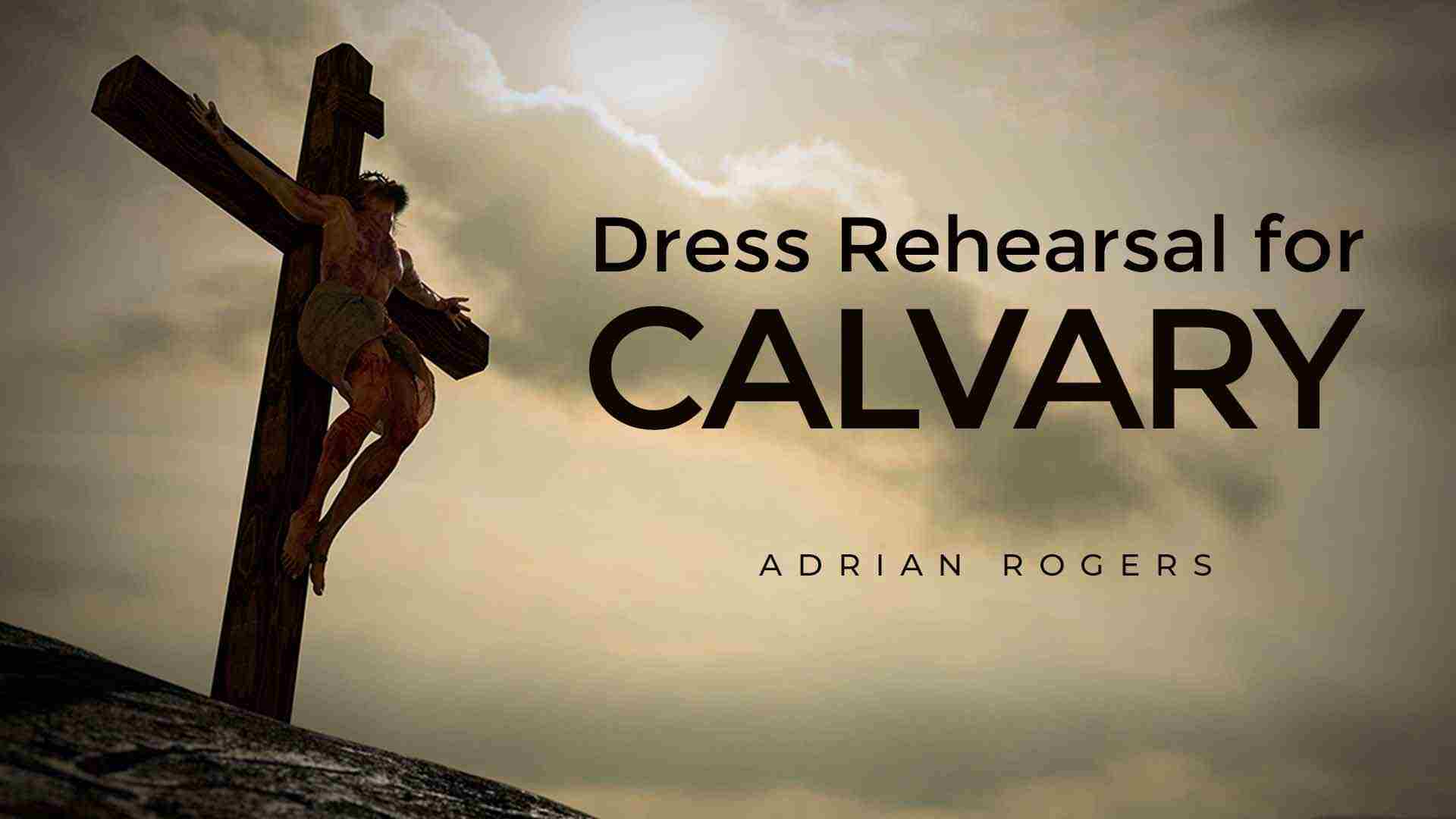 “By faith Abraham, when he was tested, offered up Isaac, and he who had received the promises offered up his only begotten son, of whom it was said, ‘In Isaac your seed shall be called,’ concluding that God was able to raise him up, even from the dead, from which he also received him in a figurative sense” (Hebrews 11:17-19).

In the Old Testament, God gave illustrations, types, and prophecies of what was to come in the New Testament. This confirms the inspiration of Scripture, and also confirms the deity of our Lord and Savior Jesus Christ.

All of the Bible is about Jesus. To the unbelieving Jews of His day who boasted in Abraham, Jesus said, “Your father Abraham rejoiced to see My day, and he saw it and was glad” (John 8:56). “And the Scripture, foreseeing that God would justify the Gentiles by faith, preached the gospel to Abraham beforehand, saying, ‘In you all the nations shall be blessed’” (Galatians 3:8).

The Person: Isaac and Jesus

Isaac was a picture of Christ in several ways:

His miracle birth was prophesied.

“Now Abraham and Sarah were old, well advanced in age; and Sarah had passed the age of childbearing. …And the Lord said to Abraham… ‘Is anything too hard for the Lord? At the appointed time I will return to you, according to the time of life, and Sarah shall have a son’” (Genesis 18:11,13-14).

Jesus was also born of a miracle. “Behold, the virgin shall conceive and bear a Son, and shall call His name Immanuel” (Isaiah 7:14b).

His birthday was preset.

“For Sarah conceived and bore Abraham a son in his old age, at the set time of which God had spoken to him” (Genesis 21:2).

Jesus was born at a set time, too. “But when the fullness of the time had come, God sent forth His Son, born of a woman” (Galatians 4:4a).

His name was divinely given.

The New Testament says of Mary, “She will bring forth a Son, and you shall call His name JESUS, for He will save His people from their sins” (Matthew 1:21).

He was loved by his father—and offered as a sacrifice.

“Now it came to pass after these things that God tested Abraham, and said….‘Take now your son, your only son Isaac, whom you love, and go to the land of Moriah, and offer him there as a burnt offering on one of the mountains of which I shall tell you’” (Genesis 22:1-2).

“For God so loved the world that He gave His only begotten Son, that whoever believes in Him should not perish but have everlasting life” (John 3:16). God loved His Son before He loved the world. (See John 5:20.)

He was raised from the dead.

“Then on the third day Abraham lifted his eyes and saw the place afar off” (Genesis 22:4). For three days, from the day God said, “Offer him,” until the day Abraham got him back, Isaac was dead in Abraham’s mind.

The Gospel is that Christ died for our sins, was buried, and was raised again on the third day. (See 1 Corinthians 15:3-4.)

The Place: Mt. Moriah and Calvary

God did not just say, “Go offer Isaac.” He said, “I have a specific place.”

There are currently two trillion known galaxies in our universe. One, the Milky Way, is 100,000 light-years wide. In that galaxy, God found one insignificant sun. Around that sun, a number of planets orbit, and God took one little planet and said, “The earth is the LORD’s” (Psalm 24:1a). Then God took Israel and called it, “My land.” God tightened the focus more and called one city, Jerusalem, “My holy city.” In that holy city, God took one hill, Mt. Moriah, and called it, “My holy hill.” That little limestone ridge became the focal point of the Universe.

The name Moriah literally means “foreseen of the Lord.” The place is not incidental or accidental. It was the same place where Jesus would one day pour out His lifeblood.

“And Abraham said to his young men, ‘Stay here with the donkey; the lad and I will go yonder and worship, and we will come back to you’” (Genesis 22:5). Father and son come to a point beyond which the others cannot go.

This speaks of dark Gethsemane, where Jesus, facing Calvary, left the disciples and went to commune alone with His Father. (See Matthew 26:36-46.)

“Then they came to the place of which God had told him. And Abraham built an altar there and placed the wood in order; and he bound Isaac his son and laid him on the altar, upon the wood” (Genesis 22:9) Abraham is beyond 100 years of age. Isaac was a strapping young man. He could have easily outrun the old man. But Isaac presented himself to be bound.

Isaac had laid down his life. Abraham was about to make this offering. “But the Angel of the LORD called to him from heaven and said...‘Do not lay your hand on the lad, or do anything to him; for now I know that you fear God…” Then Abraham lifted his eyes and looked, and there behind him was a ram caught in a thicket by its horns. So Abraham went and took the ram, and offered it up for a burnt offering instead of his son” (Genesis 22:11-13).

Now Isaac represents us. This ram, caught by its horns in a thicket—a ram crowned with thorns—became a substitute. The knife did not fall upon Isaac, because one day it would fall upon Christ.

Abraham had said, “God will provide for Himself the lamb.” (See Genesis 22:8.) When John the Baptist saw Jesus coming, he said, “Behold! The Lamb of God who takes away the sin of the world!” (John 1:29b). When Abraham saw what God did, “Abraham called the name of the place, The-LORD-Will-Provide; as it is said to this day, ‘In the Mount of the LORD it shall be provided’” (Genesis 22:14).