It’s a question that people have been asking for thousands of years. Philosophers have written hundreds of thousands of pages in response to the question. Scientists have vigorously debated the existence of God. Atheists have long challenged Christians to prove that God exists.

So is there proof that God is real?

It depends what is meant by “proof”. God can’t be seen with the physical eye, so proof doesn’t exist in that sense. Then again, most people have never seen a million dollars in cash. Just because you can’t apprehend something with the senses doesn’t mean it doesn’t exist.

There is strong evidence for the existence of God.

In this article, we’re going to seek to answer the question, “Is God real?” We’re going to look at five “proofs” of God’s existence.

The greatest proof God is real is Jesus Christ.

Multiple times, He claimed to be God. Obviously, claiming to be God doesn’t make a person God. Many people have claimed divinity over the years. But unlike the others, Jesus actually backed up His claim.

As you read through the first four books of the New Testament, one thing becomes very clear: Jesus was no ordinary man. 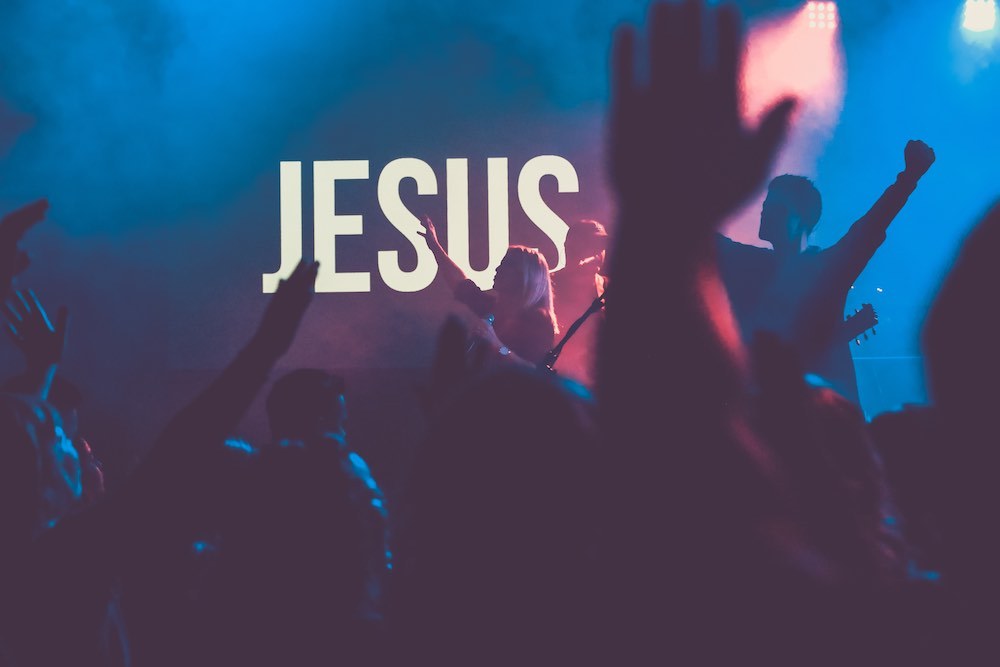 Then, everything happened just as He said it would. He was arrested, beaten, and crucified. A Roman soldier stabbed Him in the side and pierced His heart to ensure that He truly was dead.

Jesus was buried in a tomb and a large stone was rolled across the entrance to the tomb. Guards were placed around the tomb to ensure that no one stole the body. No one, including His disciples actually expected Him to rise from the dead.

But three days later, the tomb was empty. The risen Jesus appeared to many different people, including:

Jesus can’t be ignored. He’s not simply a good teacher who serves as a role model. He made extraordinary claims about Himself. If He rose from the dead, then all His claims are true. He really is God and everyone must follow and obey Him.

The life, death, and resurrection of Jesus Christ are the greatest proof that God is real. 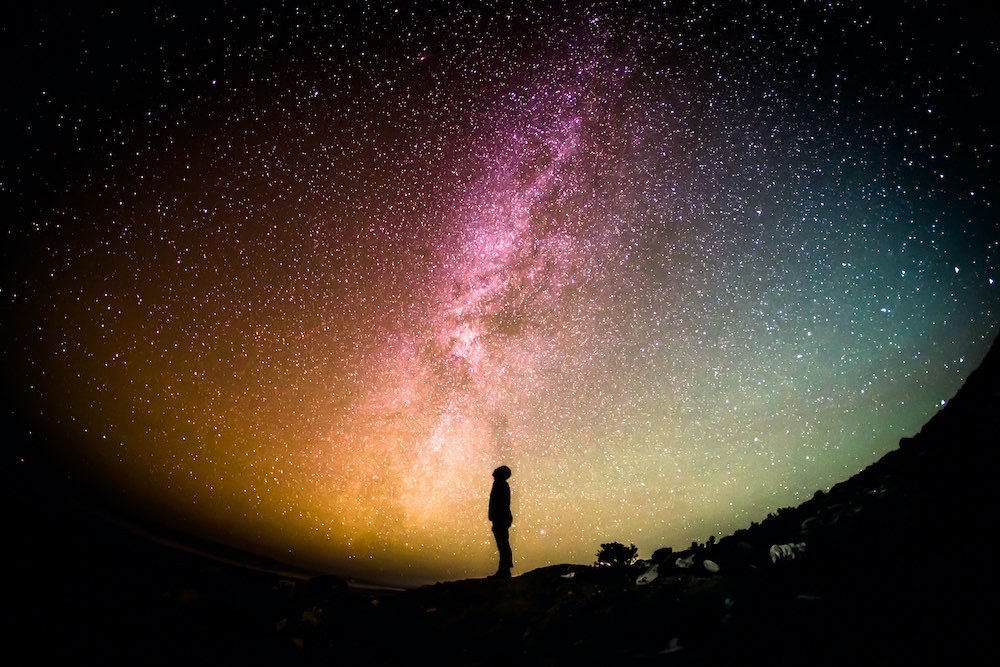 A second proof that God is real is the design of the universe. Everywhere we look there is evidence of orderly, intelligent design.

The planets orbit the sun, held in place by gravity. The sun keeps the earth warm enough to sustain life without scorching everything. Rain causes plants to grow, and the plants provide food for animals. It’s a beautifully ordered system.

“The heavens declare the glory of God; and the firmament shows His handiwork. Day unto day utters speech, and night unto night reveals knowledge.”

The stars and planets declare that there is a God who created and ordered all things. The intricate workings of the universe point to the God who put everything into place.

The human body is an absolute marvel. Look at any part of the body and you are confronted with evidence of God. Our eyes are able to take in our surroundings and pass that information to our brains, which then interprets what our eyes are seeing. Our hands are able to grasp and manipulate things. Our hearts effortlessly pump again and again, day after day, year after year.

The order and excellence of the human body are not the result of accidental evolution. Order and beauty don’t accidentally spring from chaos. When we see an intricate painting, we know that it was created by a brilliant artist. Even if we don’t see the painter, experience tells us that such a thing couldn’t come about by accident.

The human body is evidence that God is real. God is the brilliant divine artist who created us and the universe in which we live.

Helpful Resources about Who God Is

The Bible brings us up close and personal with God. It speaks directly to the question, “Who is God?” 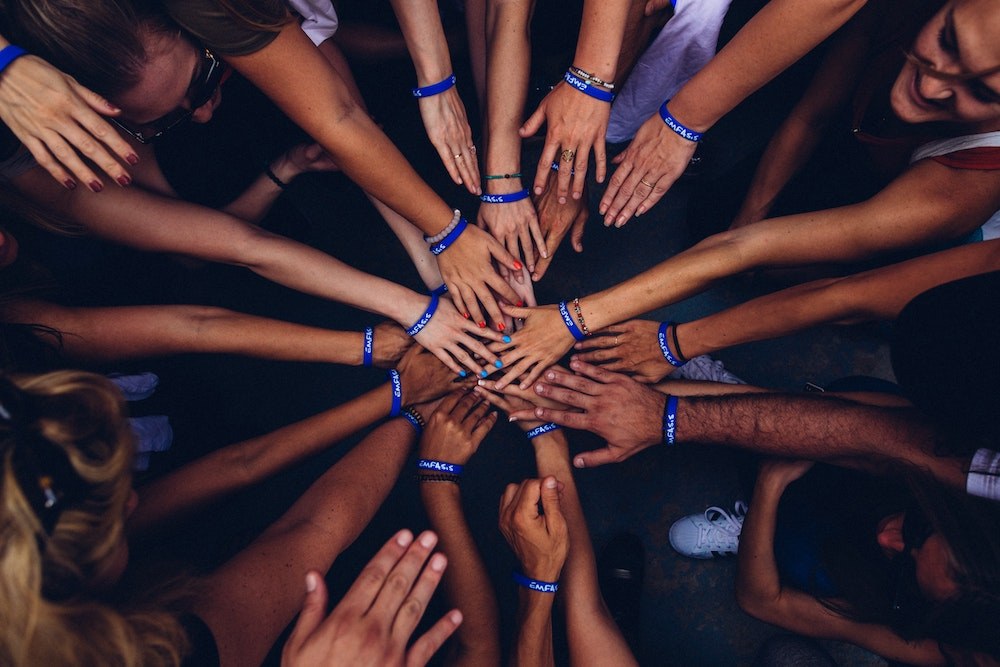 The existence of a particular desire within us is evidence of the existence of that thing. For example, the desire for food proves that food exists. We love sunshine because the sun is real and feeling the sun on our faces makes us happy. We don’t desire things that don’t exist. The longings we feel point to realities outside of us.

Every person longs for the transcendent.

We all want to experience something bigger than ourselves. We don’t go to the Grand Canyon to marvel at how amazing we are. We go because we want to be in awe of the sheer size and depth of it. We want to look down into the Grand Canyon and say, “Wow! Just look at it!”

The desire for transcendence is what motivates us to seek out thrills. We jump out of airplanes and ride rollercoasters because we long to experience something big and beautiful.

The problem is that our longing for transcendence can’t be satisfied by anything in this world. No matter how much money we make or thrills we experience or power we attain, we won’t be satisfied.

Why can’t we find satisfaction? Because we were made for God. We were made to know and love God.

In his book Confessions, Augustine famously said to God, “Thou hast formed us for Thyself, and our hearts are restless till they find rest in Thee.”

The deep longing and restlessness we so often feel points to the reality of God. Just as hunger leads us to food and thirst to water, our longing for transcendence ultimately leads us to God.

A fourth proof that God is real is logic. We live in a cause and effect universe. Literally nothing happens without a cause. Even the most seemingly random events can be traced back to a definite source. Whenever something happens, we try to figure out what caused it.

The universe could not come into existence out of nothing. Both science and experience tell us that something cannot come from nothing. 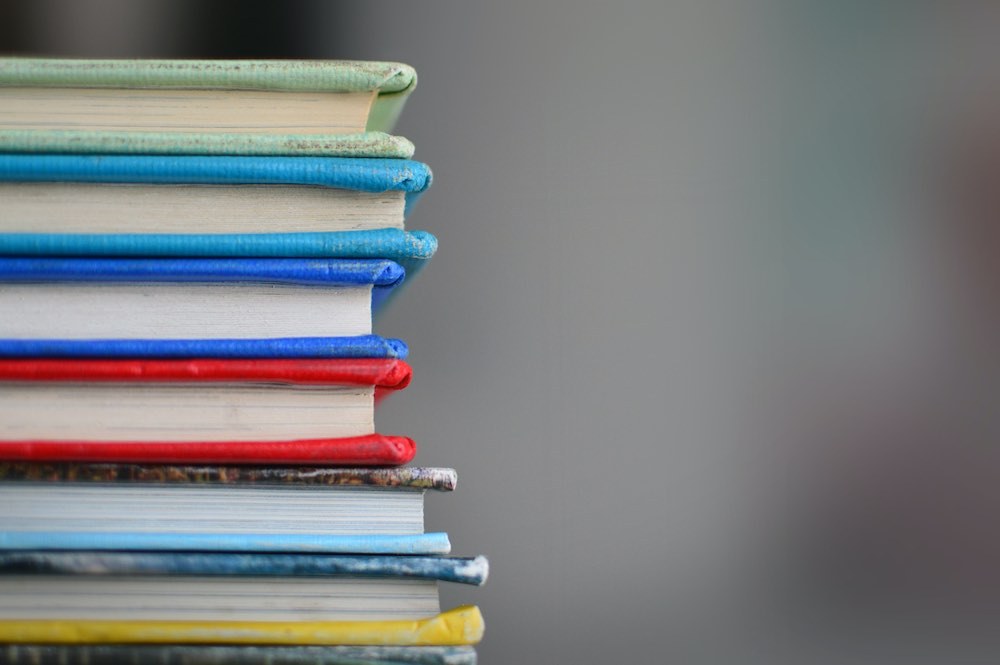 Something that already existed must have caused the universe to exist. That something is God.

In the beginning God created the heavens and the earth. The earth was without form, and void; and darkness was on the face of the deep. And the Spirit of God was hovering over the face of the waters. Then God said, “Let there be light”; and there was light.

Before the universe existed, God existed. He is the first cause. Everything exists because of Him. The fact that there is a universe at all points to the fact that God is real. If God did not exist, nothing else would exist. 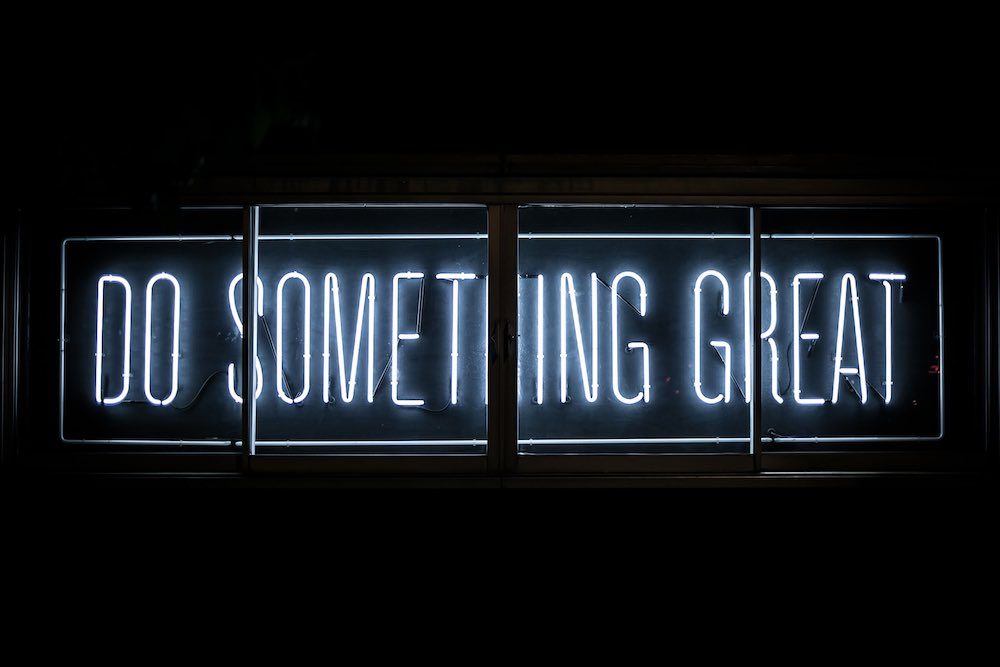 Another proof of God’s existence is the existence of morality. Every person, regardless of culture or upbringing, has a sense of right and wrong. We know that it’s wrong to take another person’s life or steal their belongings. Every society has a justice system responsible for upholding right and punishing wrongdoing. If a criminal escapes justice, we’re outraged.

Where does this innate sense of right and wrong come from?

It comes from God.

We all know that some things are right and some are wrong because God has instilled those things into us. Our sense of good and evil comes from the God who is good and who opposes evil.

If God does not exist, there is no such thing as ultimate right or wrong. No one can claim that anything is truly good or bad.

If you have questions about God, don’t stop until you get answers.

The truth is that God wants you to know Him. He wants to have a real, personal relationship with you. That deep longing you feel in your heart? That’s from Him. That sense that there has to be more to life? That’s from God.

Jesus came to earth so that you could know that God is real.

Get a Bible and read about Jesus in Matthew, Mark, Luke, and John. As you read, ask yourself, “Who is this man?”

If you search for God, you’ll find Him.

More Helpful Tools and Resources on Who God Is

Does God Love Me? 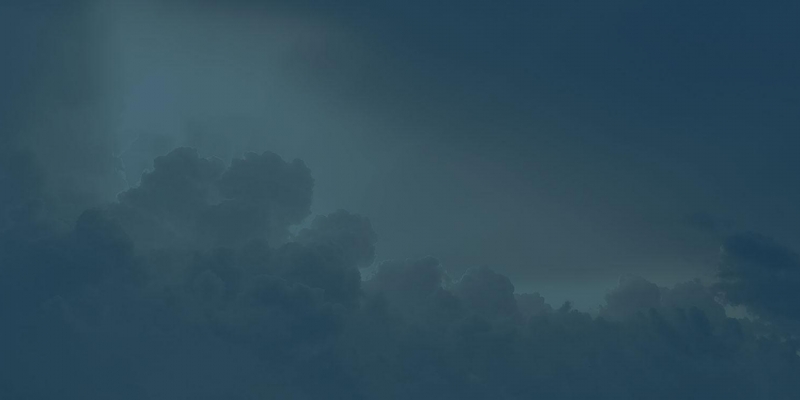 The Bible isn’t silent on the subject of God’s love. If you’ve ever wondered, “Does God love me?” or, “Is God’s love unconditional?” then this is for you.

Why Does God Allow Suffering and Evil? 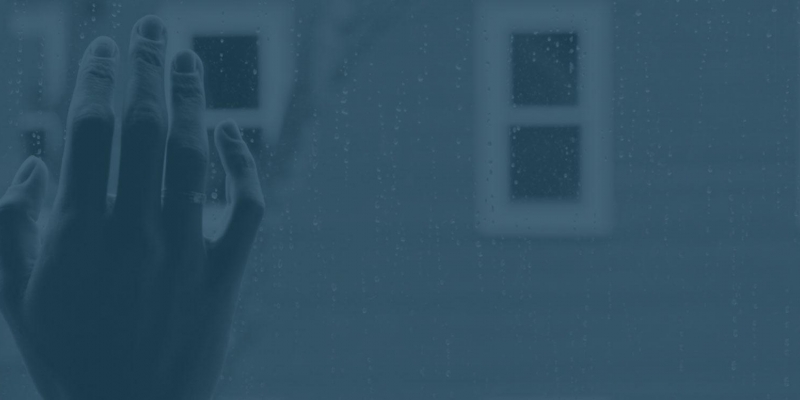 If God is good, why does He allow suffering and evil to come into the world? The Bible shines some light on the question of why God allows suffering.

Where Is God When Things Get Hard? 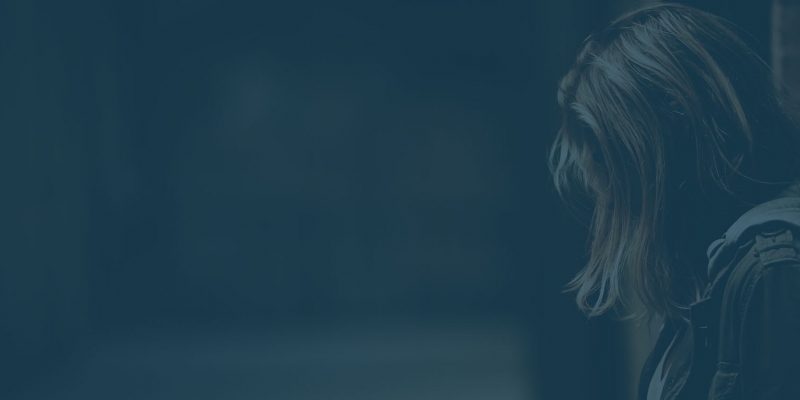 Where is God? We struggle to understand why God allows us to struggle so much. In this article, we’re going to see what the Bible has to say about where God is when things get hard.

Daily Devotional: Any proof Jesus rose from the dead?

The God Of Creation