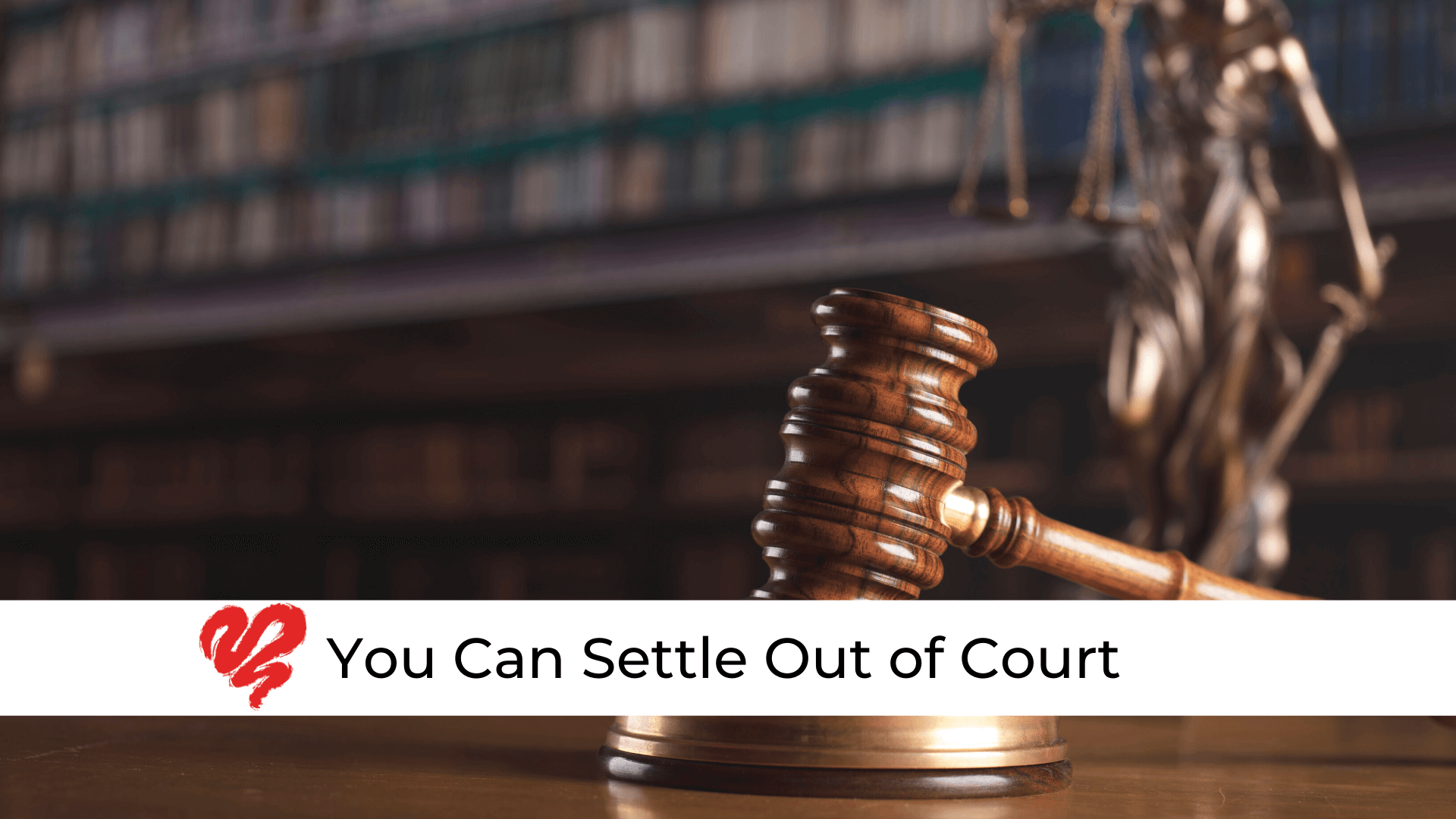 You Can Settle Out of Court

A time is coming when God will put the final period upon the final page, upon the final book of human history. People who have rejected Jesus Christ will one day face the '“Great White Throne”—final judgment. Before that happens, the Lord will have appeared to catch away His bride, the Church, before the Tribulation, when the wrath of God is poured out. God has not appointed His Church to wrath (1 Thessalonians 5:9), but the unsaved will go through the Tribulation, then face that final judgment. The unsaved dead will be raised from their graves to join them at the Great White Throne.

Then I saw a great white throne and Him who sat on it, from whose face the earth and the heaven fled away. And there was found no place for them. And I saw the dead, small and great, standing before God, and books were opened. And another book was opened, which is the Book of Life. And the dead were judged according to their works, by the things which were written in the books. The sea gave up the dead who were in it, and Death and Hades delivered up the dead who were in them. And they were judged, each one according to his works. Then Death and Hades were cast into the lake of fire. This is the second death. And anyone not found written in the Book of Life was cast into the lake of fire. (Revelation 20:11-15)

We’re nearing the close of the book of Revelation, John’s vision of the glorified Savior, Jesus, the Lamb of God. When chapter 4 opens, we saw the saints, His church, are no longer on Earth, but immediately in Heaven with Him. The Trumpet sounded, the dead in Christ rose first; the rest of us were caught up with them to meet Him in the air (the Rapture), and all believers reunited with Him in Heaven. The Judgment Seat of Christ and the Marriage of the Lamb were first on the agenda when we joined Him there.

But while we’re in Heaven experiencing the glories of that, back on Earth the world is going through that time of 7 years known as the Tribulation, which ends with Jesus’ return to Earth—His Second Coming.

Now we come to the latter half of Revelation 20, the Great White Throne, the final judgment, where God, at last, settles the score and judges the wicked according to their deeds. I’m aware that some will disagree with this message, but it comes straight from the Word of God.

There are four basic things to understand about this final judgment at the Great White Throne.

The throne is called “great” for its awesome power, “white” for its purity, and “throne” for its purpose: judgment. Those who stand before it are unsaved, not believers. The saved have already been to the Judgment Seat of Christ.

Who sits as Judge on this throne? Interestingly, not God the Father, but God the Son—the Lord Jesus Christ Himself (John 5:22), the One raised from the dead (Acts 17:31). The Lamb becomes the Lion.

You may not be a Christian; you may never give your heart to Jesus Christ, but one day you’ll stand before Him. He is inescapable. If you don’t meet Him as Savior, you’ll meet Him as Judge. You may picture Him in the humble garments of a Shepherd, but Revelation 1:13-16 tells you what He will be like:

Can you imagine talking back to Niagara Falls? This is the Lord Jesus upon the throne of judgment.

Who will be summoned to the Great White Throne? Not the child of God. The saved who die go immediately to Heaven (2 Corinthians 5:8). But the unsaved, both living and dead, will be summoned from wherever they are, out of the graves, the tombs, from the depths of the sea, Arctic wastelands, desert sands, tropical jungles—wherever they’ve died, they’ll be raised. All who’ve lived since Adam and heard the Gospel yet willfully, knowingly refused Jesus Christ, will be present at the Great White Throne.

“…and books were opened…” (Revelation 20:12). God is keeping a book on you. He has your life recorded. Nothing escapes His knowledge. “For God will bring every work into judgment, including every secret thing, whether good or evil” (Ecclesiastes 12:14).

We’re aware evil lurks in the human heart, but some secrets no one knows but God. Those will be revealed (Romans 2:16; Hebrews 4:13; Matthew 12:36; Luke 12:2) God’s camera is recording. Skeletons will come out of closets when the unsaved are judged.

You won’t bribe this judge. God swears by Himself the unsaved will be judged according to their works, not by grace or mercy (Revelation 20:11-12). If you want mercy, you may have it, but only in this life. You’ll not have it after death.

The scoffer says, “I don’t believe in Hell fire.” Either the Bible is true or it’s not.

The scoffer says, “You believe in Hell? Where is it?” Hell is at the end of a Christ-less life. The tragedy is, you don’t have to go.

Those in the first category, living independently from God, will one day drop into Hell and a broken-hearted God will say, ‘Not My will; thine be done.’”

But I’ve got wonderful news. You can settle out of court. I’m not going to stand before the Great White Throne, and you don’t have to either. God doesn’t want you to go to Hell. With His blood on the cross, Jesus paid my sin debt and became my Savior. Your sin can be buried in the grave of God’s forgetfulness, never to surface against you again.

Who shall bring a charge against God’s elect? (Romans 8:33)

There is therefore now no condemnation to those who are in Christ Jesus. (Romans 8:1)

Settle out of court today and receive the One who saved me, who fills my life day by day with blessedness and joy and has assured me an eternal Heaven.