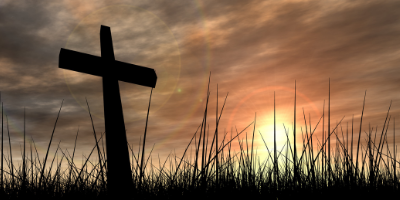 Why do people fight over religion?

Religion causes conflict. Throughout history this has been true, as far back as the first children born on Earth, Cain and Abel, in Genesis 3.

Theirs is a tragic story, and it rose out of conflict over…religion.

But unto Cain and to his offering He [the Lord] had not respect, and Cain was very wroth, and his countenance fell. And the LORD said unto Cain, Why art thou wroth? And why is thy countenance fallen?...And Cain talked with Abel, his brother…” [I believe there was a little subterfuge here. Cain was luring Abel out into the field] “…and it came to pass that while they were in the field, that Cain rose up against Abel, his brother, and slew him. Genesis 4:5, 8

Did you know, dear friends, that false religion is one of the cruelest forces on earth today? People don't need religion. They need to turn from religion and to Jesus Christ.

There is so much hatred, so much strife, so much division over religion. Even different factions of the same religion are killing one another!

Religion without Jesus is mean and narrow. Remember, it was a religious crowd that crucified Jesus. And any time you see anyone trying to force someone else to believe their way, that is not of God.

You know, when I preach a sermon about Jesus Christ being the only way to salvation, into God’s family, into His kingdom, some people think, “Well, you know, he's just trying to force me to believe his way.” I couldn't do it if I would. I wouldn't do it if I could. Even though I believe with all of my soul, I would fight for your right not to believe it, because “A man convinced against his will is of the same opinion still.”

Friend, it must be your decision. Religion marked by force is not the religion of the Bible. We don't have to agree with other people, but we ought to love other people.

What was Cain’s problem? What motivated him to murder his brother? Cain saw in Abel someone who stood out as a little different from him, and he couldn’t stand it, so he wanted to do something about it.

Here’s something important you must know: If you are a true Bible-believer in these last days, and if you preach the message I preach—that Jesus Christ is the only way to God—prepare yourself for the wrath of this world to fall on you.

Some people reading this are angry right now, saying, “Who is he? Where does he get off preaching Jesus is the only way?”

You know, the early Christians could have gotten along just beautifully with the Roman Empire if they had been willing to say that Jesus is “one more way” among many ways. The Romans had a pantheon for all their gods: Zeus, Jupiter, Mars, Apollo, Diana—we could go on. All the first century Christians had to do was to have just a little niche for Jesus among them, and everything would have been fine.

But they said, “We're not going to have a little niche for Jesus. It is not ‘Jesus plus….’ It is Jesus only!”

The world doesn't like that. To the world, that’s narrow and bigoted. But there is nothing so intolerant as the intolerance of the “tolerant” against people with whom they disagree. Those who like to call themselves “broadminded” come down like a hammer on those who refuse to be as “broadminded” as they.

These things have I spoken unto you, that ye should not be offended. They shall put you out of the synagogues; yea, the time cometh that whosoever killeth you will think that he doeth God service. And these things will they do unto you because they have not known the Father nor Me. But these things have I told you that, when the time shall come, ye may remember that I told you of them….

Jesus is preparing His disciples for the reality that later on, people who really believe in Him will be a thorn in the side of this old world headed toward the Antichrist. The world will say,

“What's the matter with these people? They won't cooperate with the system. They seem to stand out against everything. Don't they understand? The only way we're ever going to get together is to have one great big global government and one world-wide religion?”

Their next logical thought is:

“Well, the only thing to do with these people is just to exterminate them in the name of God.”

Jesus said in John 16, “They who kill you will think they do God a service.” Now, I'm not trying to frighten you. Jesus also said,

You see, that's exactly what the Bible means when it says that Abel, who was killed for his righteousness, still lives and speaks. Hebrews 11, the “Hall of Heroes” of the faith, says of Abel:

By faith Abel offered unto God a more excellent sacrifice than Cain, by which he obtained witness that he was righteous, God testifying of his gifts: and by it he being dead yet speaketh. (v. 4)

Abel was martyred, but he did not perish. He is more alive today with the Father and the other saints in Heaven than he ever was when he walked the Earth.

May God forgive us for our narrowness when it comes to other things, but may He keep us ever true to the “one way” of salvation. It is the way of the cross.

Friend, if you will receive Jesus Christ, though your sins be as scarlet, they shall be white as snow, and though they be red like crimson, they shall be as wool (Isaiah 1:18).

Beware the curse of false religion. Instead, with all those who have gone before you on the narrow road, say: “Nothing in my hands I bring; simply to Thy cross I cling.”

Unlike those under the curse of false religion, you will be alive forever more.