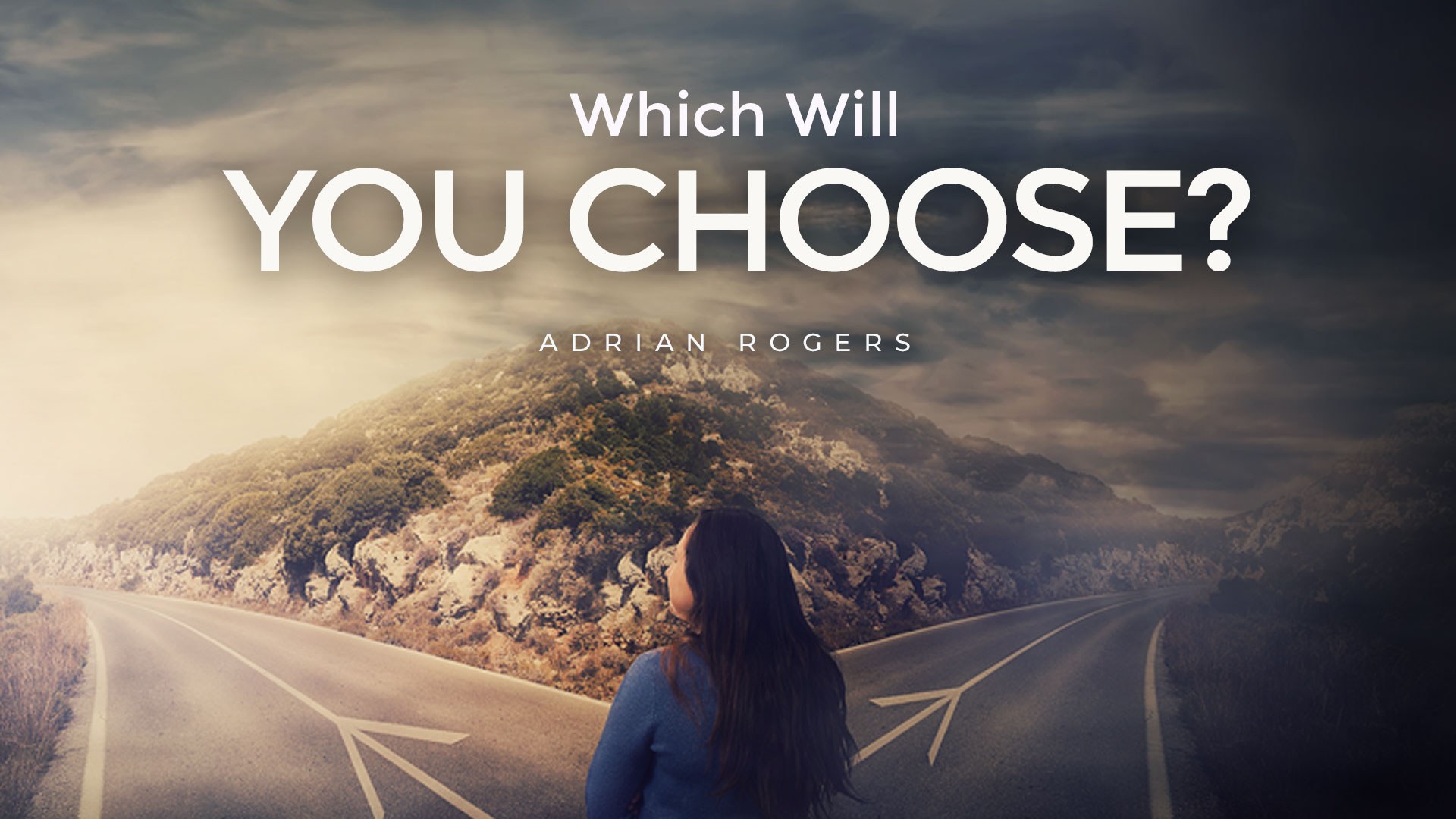 Which Will You Choose?

Any Christian who hasn’t discovered the tremendous worth and power of kingdom authority is living beneath his privileges. You cheat yourself if you don’t learn how to discover, apply, and enjoy kingdom authority. The Holy Spirit is the one who teaches us how to do that.

Not one day in the sweet by-and-by, but now, God wants believers to deploy kingdom authority and have victory over the world, the flesh, and the devil. Nothing is settled until the matter of authority is settled.

Jesus is our advocate before the Father, but the Holy Spirit is the advocate to us. He’s the One who wrote the Scriptures and interprets them to our hearts so we learn how to live under kingdom authority. As Romans 5:5 says, “the love of God has been poured out in our hearts by the Holy Spirit who was given to us.” It is because of the Holy Spirit’s work that, “we have peace with God through our Lord Jesus Christ” (Romans 5:1).

He shows us the things of God, like God’s love displayed at Calvary, and it becomes love worth finding and sharing. He helps us understand, giving us the power of the King as He works in our lives—but only as we are under His authority.

In verse 17, Romans 5 contrasts two rival kingdoms: “For if by the one man’s offense [Adam], death reigned through the one [Adam], much more [in a greater way] those who receive abundance of grace and of the gift of righteousness will reign in life through the One, Jesus Christ.” (Bracketed information is added for explanation.)

You’re either in Adam’s kingdom or in Christ’s.

When Adam fell, humanity lost everything we’d been given by God. But Paul points out that when you leave Adam’s kingdom by faith in Christ, you get much more in Jesus than you ever lost in Adam. Thus, Paul keeps saying, “Much more, much more.”

All this sets the stage for what we’re going to see: What we lost in Adam and what we gained in Christ.

Everything: our fellowship with God, walking with Him in the cool of each evening, our relationship with Him and the Garden of Eden, our original home.

Who disobeyed? Adam, the first man. Who obeyed? Jesus. When Adam sinned, he became the slave of Satan, who captured Adam’s dominion. We’re Adam’s offspring, and without the new birth, we remain with Adam in that slavery. We all have our roots in Adam.

What we inherited from Adam wasn’t good.

Weakness rather than strength

“For when we were still without strength, in due time Christ died for the ungodly” (Romans 5:6).

Ungodliness rather than godliness

Sin manifests itself in three ways:

Christ died for the ungodly. (See Romans 5:6.) We received ungodliness from Adam. That doesn’t mean you’re vile or an ax murderer, but you’re not in God’s image because of Adam.

Wrath rather than approval

Our sins deserve the righteous judgment of a holy God. The Bible teaches that if you die outside the Lord Jesus Christ, you will face the sure judgment of God; you will die and go to Hell.

The Bible does not teach:

I can’t put it any plainer than that. I don’t say it with glee, but I wouldn’t be telling the truth if I didn’t tell you that.

Warfare rather than peace

Either you’re working for Christ or against Him. You cannot be neutral. Pilate tried and failed miserably.

Much more than we ever lost in Adam!

“Much more” in justification

We’re more than innocent—we’re justified. In the cross we find:

All three meet at Calvary. God’s justice was satisfied. In mercy, we don’t endure His wrath. His grace makes us righteous.

“Much more” in reconciliation

“For if when we were enemies we were reconciled to God through the death of His Son, much more, having been reconciled, we shall be saved by His life” (Romans 5:10).

“Much more” in regeneration

God has regenerated you, not only saving you from wrath but coming into your heart and giving you life. (See Romans 5:15.) Adam had life; but Jesus gives abundant life. (See John 10:10.)

“Much more” in righteousness

Through Adam, death reigned, but we “receive abundance of grace and of the gift of righteousness [and] will reign in life through the One, Jesus Christ” (Romans 5:17).

There’s nothing you can do, big or small, that will save you. You must put your faith in the Son of God. When you do, God deposits Jesus’ righteousness into your account.

Blessed are those whose lawless deeds are forgiven and whose sins are covered, buried in the grave of God’s forgetfulness, never exhumed again. Blessed is the man to whom the Lord shall not impute sin.

Sins are forgiven, covered, not charged to your account.

If you’re hoping you’re living a life good enough to get you into Heaven—you won’t make it. I wouldn’t trust the best fifteen minutes I ever lived to get me to Heaven. And if you don’t make the right choice, you will die eternally. In Jesus, we have much more than we ever lost in Adam.

“Much more” of our reign

“As sin reigned in death, even so grace might reign through righteousness to eternal life through Jesus Christ our Lord” (Romans 5:21).

Adam had an earthly kingdom; we have a heavenly kingdom. God gave Adam dominion. He sold it out to Satan, losing his authority. But then Jesus came.

On the cross, Jesus paid Adam’s sin debt. He bought us and our ruined estate back. He gave it to us saying, “I’m giving you much more than Adam ever lost!” In Adam, all die. In Christ, all are made alive. You’re either in Adam or you’re in Christ.

Imagine you’re in a car stalled on railroad tracks. You hear the train whistle. A powerful locomotive is coming. There’s the door. You’re healthy. The seat belt has been released. You must open the door and get out. At this point, you’re faced with a choice. You can stay in the car and die, or you can open the door, flee, and live. The choice is yours.

You say, “I won’t make a choice.” Then you’ll die, because not to choose is to choose in itself. You see, in Adam, you’re already in the car, already under the condemnation of death. You didn’t have any choice about that. You were born in Adam, and in Adam, all die.

But you don’t have to choose to die. What’s your choice today? To choose Jesus. What you must do now, and what God wants me to tell you today is, you must choose life.

Choose Jesus. Choose kingdom authority. If I had a million lives to live, I’d give each one to Jesus.