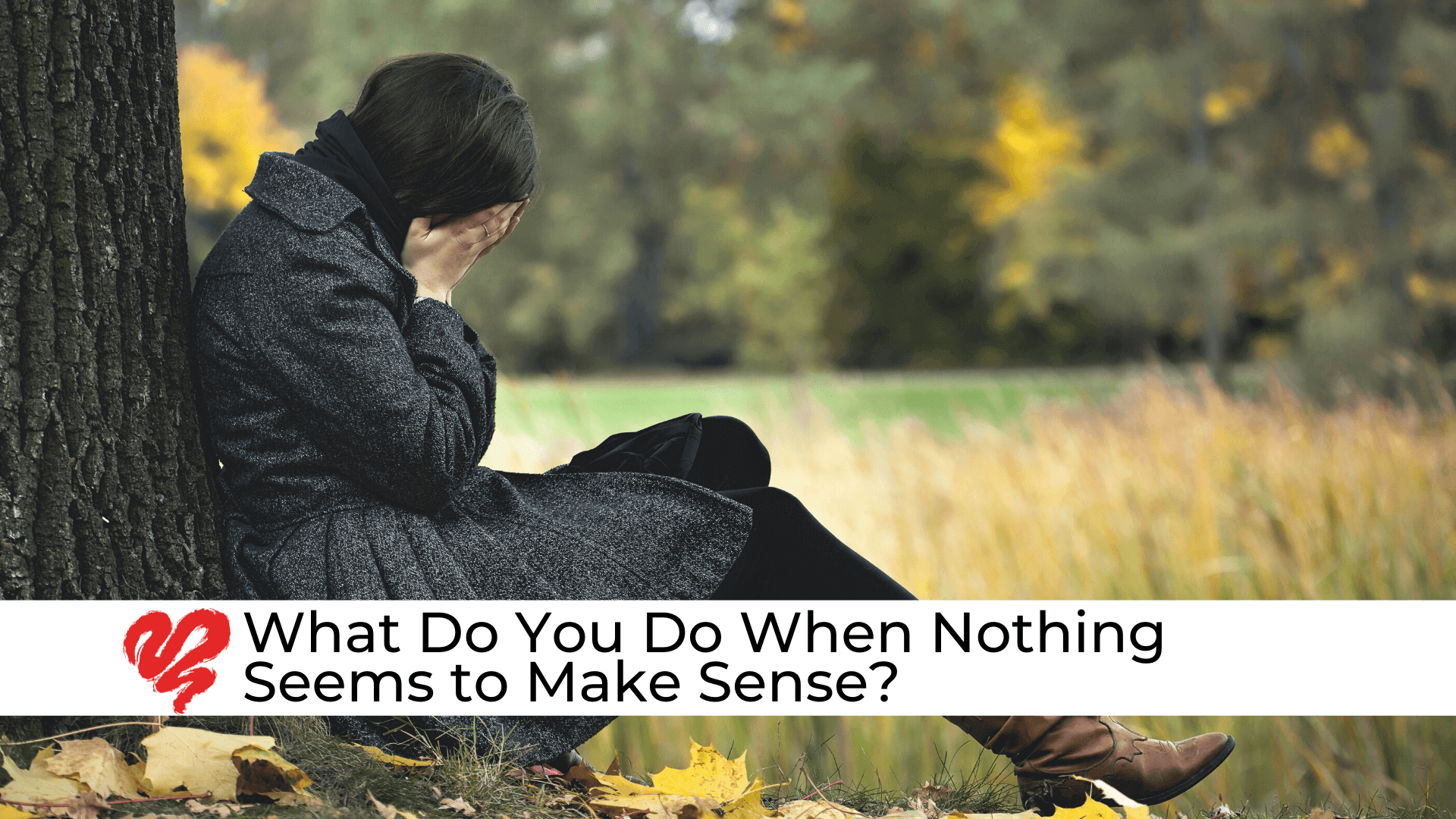 What Do You Do When Nothing Seems to Make Sense?

What do you do when everything is coming at you, you’re getting hit from every side. You don’t know whether to hold on or let go. You’re doing nothing wrong, applying proper principles, but being battered from every hand. I’m going to give you five principles you can take to heart and apply at a time like this. They will give you the direction you need when life doesn’t seem to make sense.

Joseph in the book of Genesis faced some of the worst difficulties anyone ever encountered. He was sold into slavery by his brothers, trafficked in a caravan to Egypt where a man named Potiphar, head of the Egyptian equivalent of Russia’s KGB, bought him. Nevertheless, “the Lord was with Joseph” (Genesis 39: 2). Joseph was a young man of such integrity and industry that Potiphar began giving Joseph oversight of his household, even as a slave. He was ascending higher and higher, handling all of his master’s affairs, until Potiphar’s wife falsely accused Joseph of rape, and he was thrown in prison. But notice—even in prison “the Lord was with Joseph” (Genesis 39:21).

He lived by five principles I want you to have, and when nothing seems to make sense, begin to follow them.

I’m not saying you shouldn’t try to understand. But sometimes the inexplicable happens. When it does, don’t demand an explanation. Isaiah 5:10-11 says you can be serving God, obeying His Word, and still have darkness and perplexity even when you’ve done nothing wrong. Joseph hadn’t sinned; he’d done everything right. When he’s suddenly thrown in prison, I can imagine Satan whispering in his ear, “Now where’s your God? What good did it do you to serve Him?” Times will come, my friend, when nothing makes sense.

Proverbs 3:5-6 is a wonderful passage—many people use it as their life’s verse.

Trust in the Lord with all your heart, and lean not on your own understanding. In all your ways acknowledge Him, and He shall direct your paths. (Proverbs 3:5-6)

Don’t get the distorted idea that the Christian life is all joy and sweetness, and you’ll always understand. We give people the wrong impression if we imply that accepting Jesus as Savior means life will be an ever-ascending path: joy and victory in youth, a happy family life, a serene old age and a glorious exit into Heaven. It doesn’t happen that way. Many of God’s greatest saints walked in darkness for part of their lives.

Job, Habakkuk, John the Baptist, Paul, you, and Adrian are all going to experience times when things won’t make sense. If you think they always should, you’re going to be in spiritual trouble. Isaiah 50:10 says, “Who is my servant that follows Me, obeys Me, and walks in darkness, and hath no light?”

If you’re in darkness, that doesn’t mean the devil has won, but that God is allowing it. Darkness can never put out the light. If God takes away the light, trust Him, and don’t demand to understand. Some things we’re not meant to understand.

How much higher are God’s thoughts than your thoughts? How far is up?

Joseph didn’t understand what God was up to, but by the last chapter of Genesis we learn that what happened was part of a great mosaic God was building.

Don’t fail to be faithful.

Joseph wasn’t a fair-weather Christian. He didn’t pout and get angry at God. In prison, he’s not sitting and sulking. He’s serving. He’s faithful. So faithful that soon the prison warden put Joseph in charge of all the prisoners. When Pharaoh’s butler and baker wind up there, Joseph could kindle in their hearts a knowledge of Jehovah God. Again the Bible says, “…the Lord was with him; and whatever he did, the Lord made it prosper." In darkness and persecution, he serves.

I’ve seen it happen many times: faithful church members are singing in the choir, witnessing, joyful—but let a grandchild or child or spouse die, or a sickness come, and they drop out. They fold up. Don’t do it. Even when it doesn’t make sense, keep singing, praying, witnessing, submitting to the Lord. Joseph did, “and God was with him.”

When Pharaoh’s butler, whom Joseph had helped, was getting out of prison to return to Pharaoh’s court, Joseph asked him to speak to Pharaoh on his behalf. There’s not a note of bitterness or complaint. He doesn’t mention the brothers who sold him into slavery, or Potiphar’s wife who lied about him. He leaves them with God. What a great spirit Joseph had. If you’re not careful, you’ll become bitter. When you’re punished for serving God, don’t allow bitterness to get a foothold.

What a great verse to describe Joseph’s life. One of life’s greatest tests is not how you react when you’re punished for doing wrong but when you’re persecuted for doing right. There’s not a shred of bitterness in Joseph. Bitter people are not nice to be around. Joseph’s attitude was one of the reasons God was with him.

Be willing to wait.

Humble yourselves, therefore, under the mighty hand of God, that He may exalt you in due time. (1 Peter 5:6)

He will bring forth your righteousness as the noonday. (Psalm 37:5-9)

Aleksandr Solzhenitsyn was a brilliant Russian literary genius and a godly man. But because he was a dissident when Communism controlled Russia, he was put in a hard labor camp. Stripped of every vestige of humanity, he considered escape, hoping a guard would shoot and kill him. Just as he moved to run, a stranger appeared before him and with a stick drew the sign of the cross on the ground in front of him. Solzhenitsyn stopped and abandoned the plan to end his life. Unknown to him, the outside beyond Russia was demanding his release. Three days later, Solzhenitsyn was a free man in Switzerland.

Be willing to wait on God. “Therefore, humble yourselves under the mighty hand of God, that He may exalt you in due time, casting all your care upon Him, for He cares for you” (1 Peter 5:6-7).

A dream was planted in Joseph’s heart when he was a teen: that one day the world’s resources and rulers would be at his feet. His brothers thought it was outrageous. But read Genesis 41:37 and following. A wise man once said, “Don’t doubt in the dark what God has shown you in the light.” When the dark came, God didn’t fail Joseph. And God will not fail you.

You’ve never had a dream? Get one! The Bible says, “Your old men shall dream dreams” (Joel 2:28). It’s too soon to quit and not too late to start.

When Everything Goes Wrong Booklet