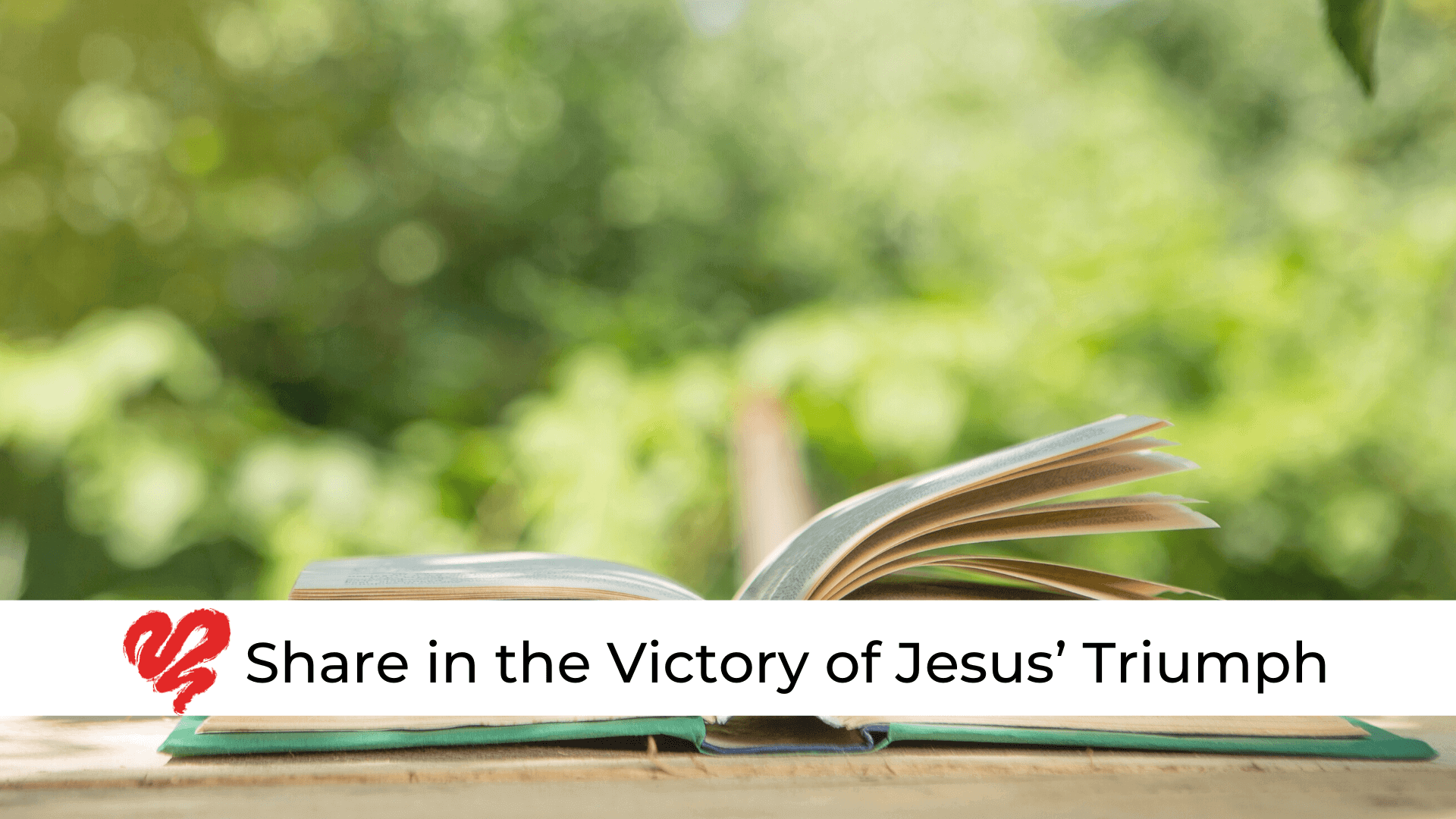 Have you ever turned to the last pages of a book to see how it ends because you couldn’t wait any longer? Things look grim, and you have to know what happens. We’re in the last chapter of the last book of the Bible, and we’re about to find out how the story of mankind, beginning in the Garden of Eden, unfolding through thousands of years, will finally be resolved. How does it end for us? For the Earth? For God’s people?

As the book of Revelation closes, God is crisp and concise, writing the final word on:

Four “lasts” occur in this last chapter of God’s Word:

And he showed me a pure river of water of life, clear as crystal, proceeding from the throne of God and of the Lamb. In the middle of its street, and on either side of the river, was the tree of life, which bore twelve fruits, each tree yielding its fruit every month. The leaves of the tree were for the healing of the nations. And there shall be no more curse, but the throne of God and of the Lamb shall be in it, and His servants shall serve Him. They shall see His face, and His name shall be on their foreheads. There shall be no night there: They need no lamp nor light of the sun, for the Lord God gives them light. And they shall reign forever and ever.

Then he said to me, “These words are faithful and true.” And the Lord God of the holy prophets sent His angel to show His servants the things which must shortly take place. (Revelation 22:6)

Then Jesus Himself speaks: “Behold, I am coming quickly! (Revelation 22: 7)

That’s an ironclad promise from the Lord Jesus Christ. “Quickly” doesn’t mean “right now,” though it could have been immediate, but it means suddenly, like the blink of an eye or a lightning flash.

Overcome with emotion at what he had seen and heard, John fell down to worship the angel who brought the message. Quickly the angel says, “Don’t do that,” for no one but God is worthy of worship. Since the Bible makes clear Jesus is to be worshipped, that in itself proves Jesus is God, the Second Person of the Trinity, worthy of worship and praise.

Jesus says once again: “And behold, I am coming quickly, and My reward is with Me, to give to every one according to his work.   I am the Alpha and the Omega, the Beginning and the End, the First and the Last.”

Jesus is the first ray of hope in the book of Genesis and the last warning in the book of Revelation. This is the Bible’s last prophecy and its major message: Jesus has come and He’s coming again.

None of us knows when Jesus is coming, but He is coming, and your destiny is determined by what you’ve done with Him before He comes. How foolish not to be ready for the coming of Christ! That’s why the Bible says,

Today if you will hear His voice, don’t harden your heart.” (Hebrews 3:7)

Note three words in this verse: now, time, day. We’re living now in time. But one of these days there will be no more days. When eternity begins, there’ll be no salvation for you, for “time shall be no more” (Revelation 10:6).

In one of the sweetest invitations in the Bible, Jesus invites you to come to Him. The Holy Spirit longs for you to be saved. The bride of Christ (the Church), some of whom are already in Heaven, look down and say, “Come up here and be with us.” If you want to be saved, “whosoever will may come.”

Two words sum up the Bible: One is Come; the other is Go. Come to Jesus. Go tell! We cannot be silent when we have the message of eternal life! “Let him who hears say, ‘Come.’” If you’ve heard it, you should invite someone else.

“Blessed are those who do His commandments…”

Another way of translating this is: “those who have washed their robes.” There’s only one way to be saved: through the shed blood of the Lord Jesus Christ. Had there been any other way, God would have never allowed His precious Son to die in agony on the cross. Why did Jesus come? “to seek and to save that which is lost” (Luke 19:10).

The Gospel is so simple. It’s like taking a drink of water. Take it and drink it. You will never have your deepest heart thirst satisfied until you’re satisfied by Jesus. The Bible says He is the Living Water. If you want to be saved, come to Jesus. He’s reaching with nail-pierced hands to you, saying, “Come.”

“Every word of God is pure; He is a shield to those who put their trust in Him.  Do not add to His words, lest He rebuke you, and you be found a liar” (Proverbs 30:6)

Changing what God has said is as old as the Garden of Eden. Anyone who puts a question mark after the Word of God is doing the work of the devil. You don’t add to His words; you don’t take from them.

Three times in the Bible’s last chapter (Revelation 22: 7, 12, 20), Jesus says He’s coming quickly (suddenly). John responds “Amen,” meaning “Let it be.” John is thrilled. He longs for Jesus to come. Elderly John, persecuted and abused, working in rock quarries on a desolate island, longs for His return. Jesus has appeared to him and revealed the future, the glories, the warnings, and the intrigue of Revelation. There will be a new Heaven and a new Earth. That’s why the Bible calls His coming, “The blessed hope.” John is so thrilled, he prays, “Amen! Even so, come Lord Jesus.”

Do you long for Jesus to come? If you know what’s going to transpire when Jesus comes, you should.

Many today have no hope. Their medicine is getting more expensive; their body is getting sicker; they’re filled with venom and resentment; they looking forward to dying—they’re hopeless.

Many have false hope, putting their hope in things that aren’t true. They don’t have the precious Word of God or the witness of the Holy Spirit that we have.

Many have uncertain hope. They “hope” what I’ve said is true. But hope in the Bible doesn’t mean “maybe” or “perhaps.” “Hope” in Scripture means rock-ribbed assurance based on the Word of God, enjoined with anticipation. I can tell you as surely as Jesus came the first time, He is coming again.

Are you ready? If the trumpet sounded today in the twinkling of an eye, do you know for certain you would be ready?

Jesus wants you to be saved so much that He stepped out of the glories of Heaven, leaving Heaven’s love to receive Earth’s abuse. He was nailed to a cross, dying in agony and blood. Every drop of His blood says, “I love you and I want to save you.” If you die and go to hell, you will have to climb over the battered, bruised body of Jesus to get there. He’s saying, “Stop! Don’t go there!” For He has triumphed, the Lamb has overcome, and He wants you to share in that victory.