Learning to Lean on God 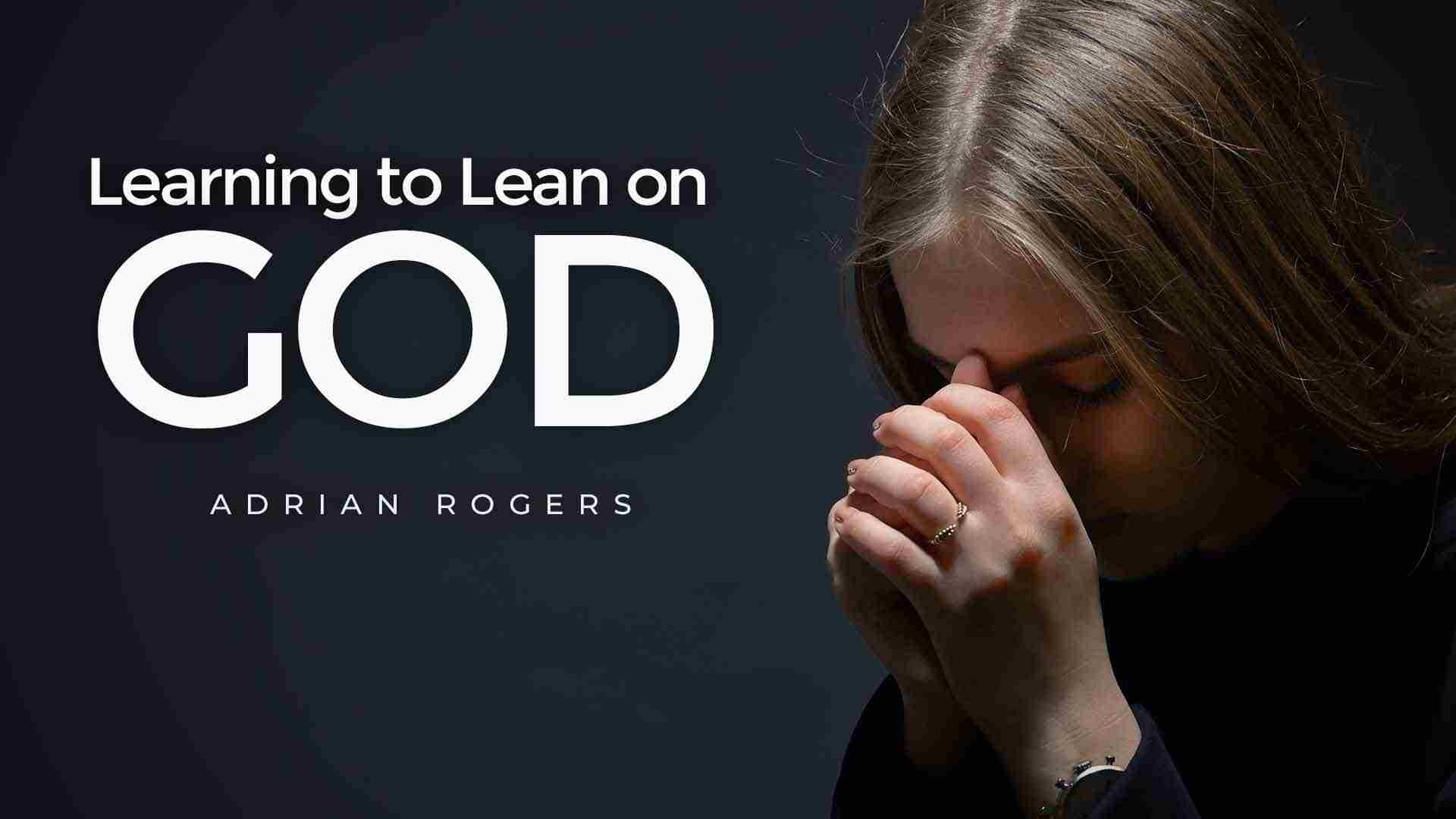 “By faith Jacob, when he was dying, blessed each of the sons of Joseph, and worshiped, leaning on the top of his staff” (Hebrews 11:21).

Jacob was a man always trying to rig things. Jacob had deceived his father and gotten his brother’s birthright. God wanted to give it to him, but Jacob did not trust God for what He had promised. (Read Genesis 25:19-34, Genesis 27.) Now he had to flee, because Esau, his twin brother, wanted to kill him.

So Jacob was out in the wilderness for 20 years. God spoke to him, and wonderful things happened, but Jacob could not really be right with God until he was right with his brother. He knew it. Furthermore, Jacob heard that Esau was coming to meet him.

God was going to use this situation to make Jacob cease to depend upon himself, and the three things that happened to Jacob long ago have their correspondence in your life.

God will protect you, but not pamper you.

“So Jacob went on his way, and the angels of God met him. When Jacob saw them, he said, ‘This is God’s camp.’ And he called the name of that place Mahanaim” (Genesis 32:1-2). Mahanaim means “two hosts”— the host of people with Jacob, and the heavenly host encamping all around. Jacob was immature, out of fellowship with God, yet God was protecting him.

But God let Jacob go through need and difficulty. He engineered trouble for Jacob.

Jacob learns that Esau is coming, and he begins to scheme. “Then Jacob sent messengers before him. ...And he commanded them, saying, ‘Speak thus to my lord Esau, “Thus your servant Jacob says: ‘…I have oxen, donkeys, flocks, and male and female servants; and I have sent to tell my lord, that I may find favor in your sight’”” (Genesis 32:3-5). Can you hear his flattering tongue?

Watch his self-sufficiency—“Then the messengers returned to Jacob, saying, ‘We came to your brother Esau, and he also is coming to meet you, and four hundred men are with him.’ So Jacob was greatly afraid and distressed; and he divided the people. …And he said, ‘If Esau comes to the one company and attacks it, then the other company which is left will escape’” (Genesis 32:6-8).

Prayer was not Jacob’s first thought. It was his last resort. Then he took 580 valuable animals, divided them into lots of five, and started sending these as gifts. Jacob says, “As Esau comes further, give him another gift. Perhaps he will accept me.” (Read Genesis 32:13-20.)

Jacob was saying, “Lord, I trust you, but…” God let Jacob stew in his own juices. Thank God, He will not pamper us.

God will hurt you, but not harm you.

God engineered for Jacob to be left alone. We do not want to be alone with God because we cannot look God, or ourselves, in the face. But all of us need to be left alone to really think.

“Then Jacob was left alone; and a Man wrestled with him until the breaking of day” (Genesis 32:24). Who was this? This was a theophany, a pre-incarnate appearance of Christ.

“Now when He saw that He did not prevail against him, He touched the socket of his hip; and the socket of Jacob’s hip was out of joint as He wrestled with him. And He said, ‘Let Me go, for the day breaks.’ But he said, ‘I will not let You go unless You bless me’” (Genesis 32:25-26)!

Don’t you think He could have thrown Jacob any time He wanted to? Why did the Lord say, “Let me go”? Because He did not want Jacob to let go. Study the Bible, and you will find that God will act as if He wants to get away from us, when He wants us to pursue Him with all of our hearts. Jacob has come to the end of himself, saying, “I cannot even run, now. I have no hope except you, God, and I will not let you go.”

God loves you too much to leave you self-sufficient. “For whom the LORD loves He chastens, and scourges every son whom He receives” (Hebrews 12:6). But God will not harm you. “Now no chastening seems to be joyful for the present, but painful; nevertheless, afterward it yields the peaceable fruit of righteousness” (Hebrews 12:11a).

God will break you, but He desires to bless you.

What was this wrestling match about? “So He said to him, ‘What is your name?’ He said, ‘Jacob.’ And He said, ‘Your name shall no longer be called Jacob, but Israel; for you have struggled with God and with men, and have prevailed’” (Genesis 32:27-28).

“Then Jacob asked, saying, ‘Tell me Your name, I pray.’ And He said, ‘Why is it that you ask about My name?’ And He blessed him there. So Jacob called the name of the place Peniel: ‘For I have seen God face to face, and my life is preserved.’ Just as he crossed over Penuel the sun rose on him, and he limped on his hip” (Genesis 32:29-31).

Do you think God did not know what his name was? God wanted Jacob to admit it.

“What is your name?”
“Con-artist, conniver, schemer.”

One day, God will engineer you into a place where He will say, “What is your name?”
You will have to say, “My name is Lazy. Lustful. Doubter. Liar. Selfish.”

Jacob was crippled so that he might be crowned. For the rest of his life, he leaned on a staff. God never really uses anything until He breaks it. “The sacrifices of God are a broken spirit, a broken and a contrite heart—these, O God, You will not despise” (Psalm 51:17).

If we will come to our Lord in humility and brokenness, and cease our self-sufficiency, conniving, and planning, God will use us.

See if this doesn’t make more sense now: “By faith Jacob, when he was dying, blessed each of the sons of Joseph, and worshiped, leaning on the top of his staff” (Hebrews 11:21). Jacob was stronger, crippled and leaning upon a staff, than he ever would have been upon his own two feet.

Failure does not need to be final. Jacob was a failure, but God used him.

Make a full surrender now. If you are wise, you will save yourself a wrestling match. “For if we would judge ourselves, we would not be judged” (1 Corinthians 11:31).

Let suffering teach you to lean on the Lord Jesus Christ.

It is your worship by faith that really matters. How does God sum up Jacob’s life? In a pithy little sentence: when Jacob died, he worshiped, leaning upon his staff. We must all bow before God and say, “I will not let you go unless you bless me!”