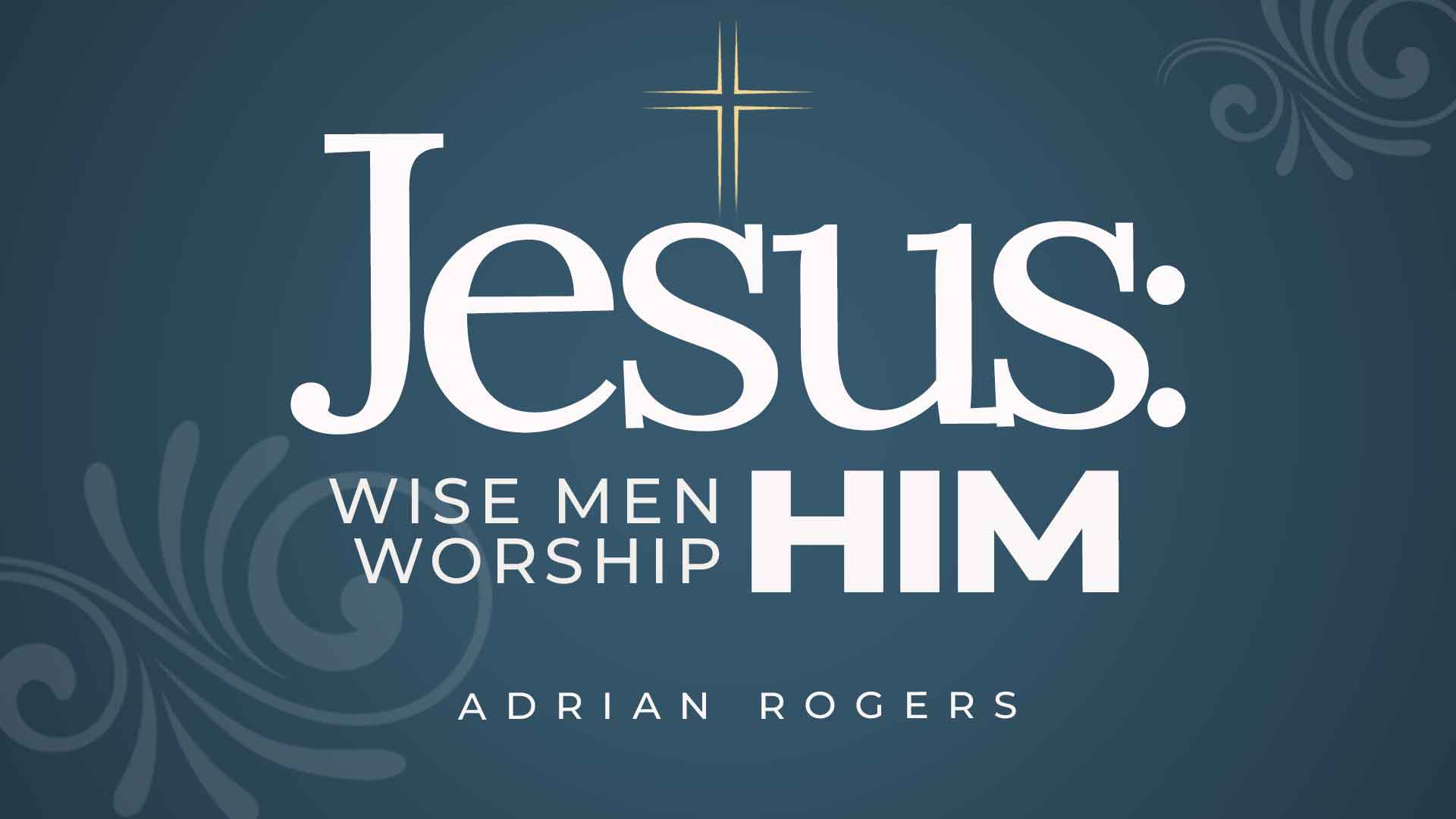 
This article is based on Pastor Adrian Rogers' message, The Wisdom of Christmas.

But we do know this: they were wise. The biblical word is magi. These were students of Scripture, of prophecy, and of the stars. But we know these were exceedingly wise men because they sought Jesus Christ, to worship Him.

Now after Jesus was born in Bethlehem of Judea in the days of Herod the king, behold, wise men from the East came to Jerusalem, saying, “Where is He who has been born King of the Jews? For we have seen His star in the East and have come to worship Him” (Matthew 2:1-2).

It is possible these wise men were from Babylon. If so, that was a distance of about 300 miles. A trip like that today, in a car, can tire you out. Imagine the difficulties of such a trip in those days!

They were not riding in air-conditioned cars. There were no motels. This is rugged terrain they traveled. Today, some folks don’t go to church if it’s raining.

Herod was king—the one who later had all the boy babies murdered. He had already murdered a couple of wives and three sons. And these wise men had to deal with him, because Jesus was born within his jurisdiction.

Does worship mean that much to you?

How the Wise Men Found Jesus

Three things helped them to find Jesus, and they will help you seek Him as well.

The Holy Spirit led them to Jesus.

Who put it into the hearts of these men to seek Jesus? The Holy Spirit did.

You say, “I sought Him.” The only reason you sought Him is because He first sought you. (See John 15:16; Ephesians 1:4; 1 John 4:19.) God put the desire in your heart to seek Him. By the dear Holy Spirit of God, there is a voice in you that is inclining your heart to worship God. And it is God who put that desire in the hearts of these wise men.

Scripture led them to Jesus.

“Wise men from the East came to Jerusalem, saying, ‘Where is He who has been born King of the Jews? For we have seen His star in the East and have come to worship Him.’ When Herod the king heard this, he was troubled, and all Jerusalem with him. And when he had gathered all the chief priests and scribes of the people together, he inquired of them where the Christ was to be born. So they said to him, ‘In Bethlehem of Judea, for thus it is written by the prophet’” (Matthew 2:1b-5).

The Bible prophesied in minute detail about Christ, including His birthplace. So, the wise men had this prophecy from Micah 5:2. And if they were from Babylon (which is likely), they also knew of Daniel’s prophecies regarding the time when Jesus would come as Messiah. (Read Daniel 9:25.)

If you want to find Jesus, open the Bible and read. Many people missed Jesus’ first coming because they simply did not read, believe, or obey the Scriptures. For example, we have no record that these scribes and priests in Matthew 2 went down to worship Him.

The Star of Bethlehem led them to Jesus.

The Shekinah glory of God, the Star of Bethlehem, led the wise men step by step. God knew what was necessary for those people at that time. Whatever is necessary for you to know God, God will get that to you. Some people cannot find God for the same reason a thief cannot find a policeman. Get serious about seeking God, and He will reveal Himself to you.

What the Wise Men Brought to Jesus

The Bible says the wise men brought gold, frankincense, and myrrh. (See Matthew 2:11.) Why these specific gifts? Remember: “All Scripture is given by inspiration of God” (2 Timothy 3:16). There is nothing in Scripture that is not important, if properly understood.

The wise men asked, “Where is He who has been born King of the Jews?” (See Matthew 2:2). The prophecy said that out of Bethlehem would come “a Ruler who will shepherd My people Israel.” (See Micah 5:2; Matthew 2:6.) It is obvious, then, that these wise men knew the child was a King. If you want to have wisdom this Christmas, you must understand the same thing.

Daniel had said the Messiah would be a king. (See Daniel 9:25.) Isaiah said the same thing. (See Isaiah 9:7.) The angel said to Mary, “He will reign over the house of Jacob forever, and of His kingdom there will be no end” (Luke 1:33).

Frankincense is one ingredient in a perfume that was used for one purpose only: the worship of God. It was sacred, and not to be used for any other purpose. (Read Exodus 30:34-38.) So, by bringing frankincense, the wise men worshiped Christ as God.

Myrrh is a bitter herb. When Jesus died on the cross, they offered Him wine mixed with myrrh to drink. (See Mark 15:23.) In ancient burials, myrrh was one of the spices used to embalm the dead.

This was a strange thing to give to a newborn baby. Whether these wise men knew what they were doing, we don’t know. But we know the Holy Spirit was working in it, because in the wise men giving myrrh, you have a prophecy of Christ’s sacrificial death.

The more carnal a person is, the more he will make of Christ’s birth, and the less he will make of His death. The carnal man loves the cradle and Christmastime! But he does not love the cross.

Would you like to worship Jesus with wisdom this Christmas? Then be wise like these men. Wise men still seek Him! This is how to have a real Christmas.

Your wealth belongs to Jesus.

Don’t think you have done Jesus a favor if you give Him a dime out of a dollar. The whole dollar is His; He just lets you use it.

Your worship belongs to Jesus.

Fall on your face before Him!

Your witness belongs to Jesus.

Receive Him, and then go tell it on the mountains. Let everybody know that Jesus is Lord of lords and the King of kings.

What did the three wise men bring Jesus?