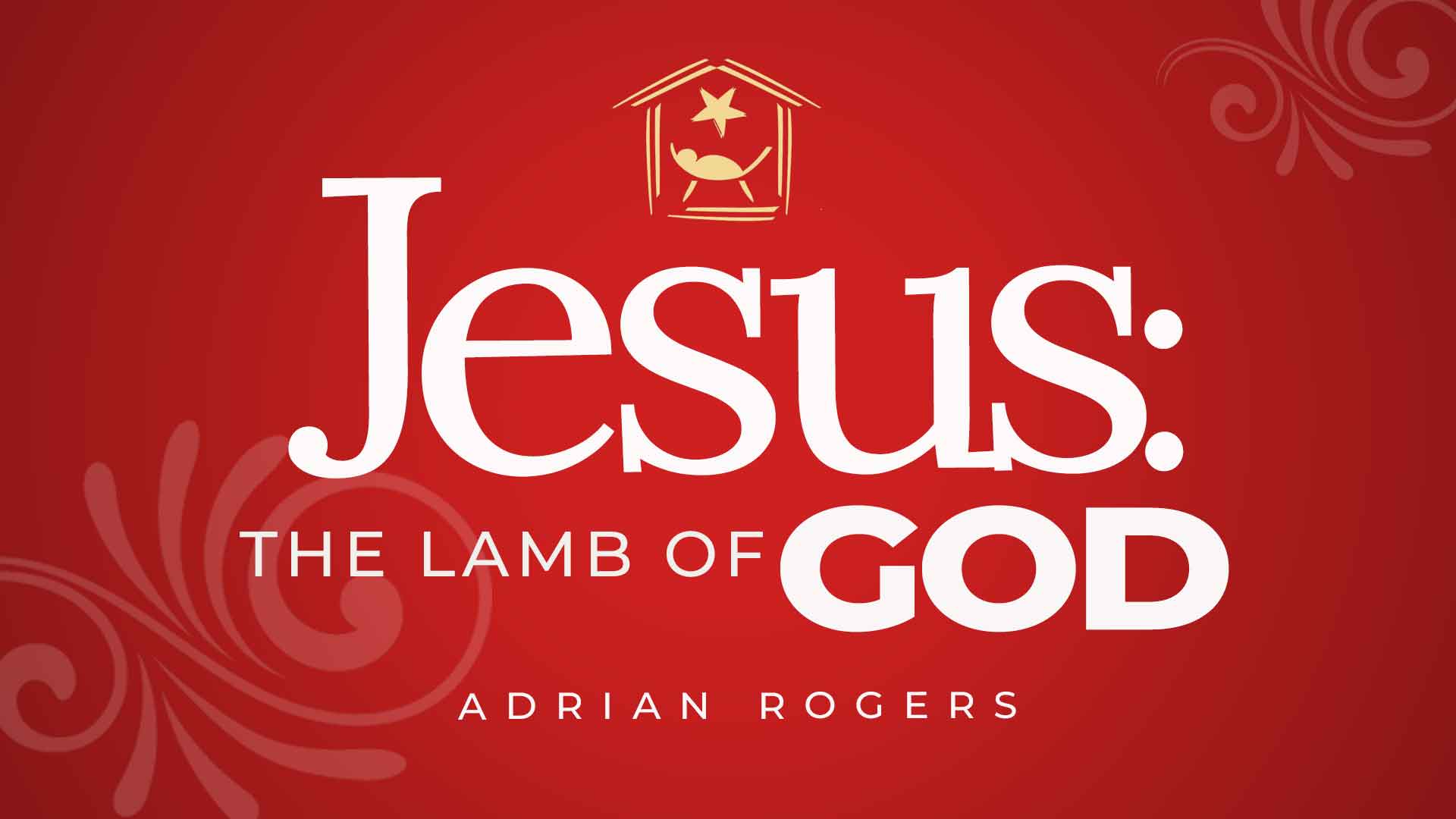 Jesus: The Lamb of God


This article is based on Pastor Adrian Rogers' message, Mary's Little Lamb.

Bethlehem is a little village about five miles south of Jerusalem. Most of us would have heard nothing about it if Jesus had not been born there. It was not accidental that He was—it had long been prophesied. (See Micah 5:2.)

For centuries, a special breed of sacrificial lambs had been raised in the fields outside Bethlehem. At Passover, those lambs would be slaughtered. How fitting that there, God’s perfect Lamb was born. (Read Luke 2:7-11.)

The Lamb of God was Prophesied.

In Exodus 12, the Hebrews were in slavery in Egypt. Pharaoh was a cruel taskmaster. God had a plan to redeem His people, and that plan was wrapped up in a little lamb.

“Now the LORD spoke to Moses and Aaron in the land of Egypt, saying, “….On the tenth of this month every man shall take for himself a lamb, according to the house of his father, a lamb for a household….Your lamb shall be without blemish, a male of the first year….Now you shall keep it until the fourteenth day of the same month. Then the whole assembly of the congregation of Israel shall kill it at twilight” (Exodus 12:1-6; emphasis added).

Let’s look at the characteristics of this lamb specified in Exodus.

The Sacrificial Lamb was Special.

One blemish would disqualify a Passover lamb. The priests had to examine them carefully.

The Sacrificial Lamb was Slain.

At three o’clock on the 14th day of the month, the father of the family would cut the lamb’s throat, and catch its blood in a basin.

The Sacrificial Lamb was Saving.

“They shall take some of the blood and put it on the two doorposts and on the lintel of the houses where they eat it….Now the blood shall be a sign for you on the houses where you are. And when I see the blood, I will pass over you; and the plague shall not be on you to destroy you when I strike the land of Egypt” (Exodus 12:7,13).

The Sacrificial Lamb was Shared.

Not only was the lamb slain; it was roasted. (See Exodus 12:8.) This speaks of Jesus who endured the fires of God’s wrath for us. The Jews who had slain that lamb were now to eat it—all of it, sharing it with those in the household (Exodus 12:10).

The Lamb of God Came.

Moses’ lamb prophesied Mary’s Lamb. When John the Baptist saw Jesus coming, he said, “Behold! The Lamb of God who takes away the sin of the world!” (John 1:29b).

He was without blemish. (Read 1 Peter 1:18-19.) That baby wrapped in swaddling clothes in a manger was—and is!—the eternal, uncreated, self-existing Word made flesh. He was the Son of God. Why was Jesus born of a virgin? So that He could be sinless, and therefore, He could make a blood atonement.

While Jesus was going up through the Eastern Gate on Palm Sunday, Passover lambs from Bethlehem were coming in through the Sheep Gate. Priests examined those Passover lambs to make certain they were perfect. At the same time, the Lamb of God was being examined by the authorities. They tried to find some fault in Jesus, but Pilate had to confess, “I find no fault in this Man” (Luke 23:4b).

By nine o’clock in the morning, Jesus was on His way to the cross on Mount Moriah—where God told Abraham, “I will provide Myself a sacrifice.” (See Genesis 22:13-14.) At three o’clock in the afternoon, the priests were cutting the throats of the Passover Lambs. At that time, the Lamb of God cried, “It is finished!” (See John 19:30; Mark 15:33-39.)

“For indeed Christ, our Passover, was sacrificed for us” (1 Corinthians 5:7b). Salvation does not come from the life of Christ, but from His death. (See Hebrews 9:22.)

At the Lord’s Table, we feed upon the Lamb.

The Lord Jesus on the same night in which He was betrayed took bread; and when He had given thanks, He broke it and said, “Take, eat; this is My body which is broken for you; do this in remembrance of Me.” In the same manner He also took the cup after supper, saying, “This cup is the new covenant in My blood. This do, as often as you drink it, in remembrance of Me” (1 Corinthians 11:23b-25).

When we share the Lamb, we do not mourn a corpse—we hail a conqueror.

And I saw in the right hand of Him who sat on the throne a scroll written inside and on the back, sealed with seven seals….And no one in heaven or on the earth or under the earth was able to open the scroll, or to look at it….But one of the elders said to me, “Do not weep. Behold, the Lion of the tribe of Judah, the Root of David, has prevailed to open the scroll and to loose its seven seals.” And I looked, and behold, in the midst of the throne and of the four living creatures, and in the midst of the elders, stood a Lamb as though it had been slain, having seven horns and seven eyes, which are the seven Spirits of God sent out into all the earth” (Revelation 5:1-6).

This scroll is the title deed to the earth, the heavens, and the netherworld. It represents the right to rule. The angel told John to look, and here is what he saw:

In the original language, this word for lamb means a little, baby, pet lamb.

This Lamb bears the marks of the nails. These are the emblems of redemption that He will bear forever.

This speaks of His resurrection. He laid down in death in a grave, but He is now standing, making intercession for us.

He has seven horns, which in the Bible are emblematic of power. Seven is the emblem of perfect power.

He has seven eyes. He is omniscient—He knows all. He knows what you are thinking this very moment, and sees every move you make.

“Then He came and took the scroll out of the right hand of Him who sat on the throne” (Revelation 5:7). What right does He have to take that scroll? The right of creation—He made it all. The right of Calvary—He shed blood for it. The right of conquest—He was raised from the dead, for He is the great I AM, born as a Lamb.

“Now when He had taken the scroll, the four living creatures and the twenty-four elders fell down before the Lamb, each having a harp, and golden bowls full of incense, which are the prayers of the saints. And they sang a new song, saying: “You are worthy to take the scroll, and to open its seals; for You were slain, and have redeemed us to God by Your blood out of every tribe and tongue and people and nation, and have made us kings and priests to our God; and we shall reign on the earth” (Revelation 5:8-10).

Very soon, we will have a new year. You will be thinking about your ambitions and goals. Remember: Christ alone is worthy of your love, your life, and your deepest loyalty.

Why is Jesus called a lamb?