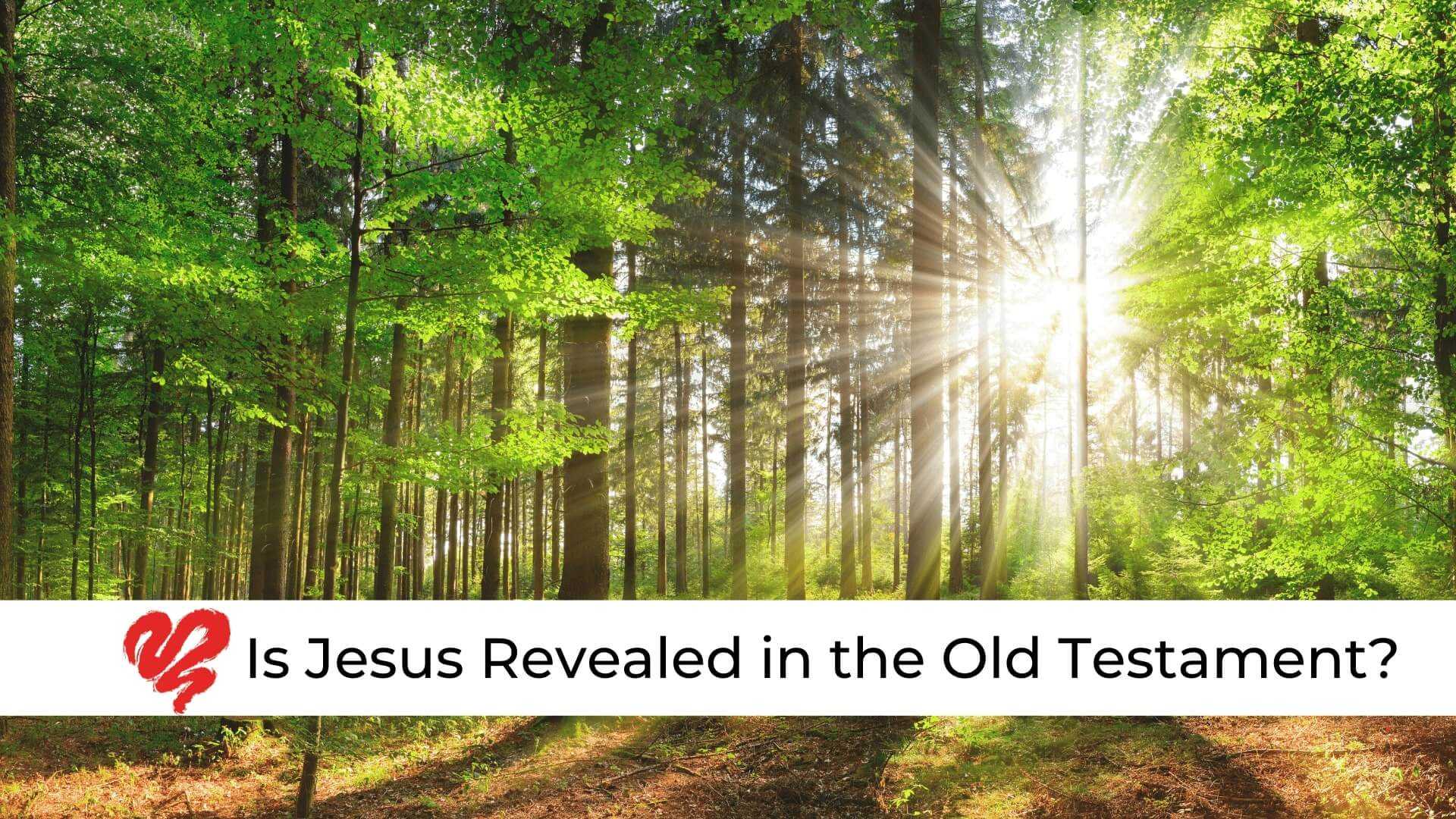 Is Jesus Revealed in the Old Testament?


This article is based on Pastor Adrian Rogers' message, Joseph: A Portrait of Jesus.

Do you have trouble sometimes understanding the Bible? Let me give you the golden key to unlock the mystery: all the Bible, every page, is ultimately about one man—one Person—and His name is Jesus. Once you understand this, what seemed puzzling will start to make sense. The truth of the Bible will dance from its pages into your heart. The Old Testament was written long before Jesus Christ ever touched down on earth in a human body, yet Jesus said the Old Testament Scriptures testify about Him (John 5:39). God loves His Son and wants us to be saved so much that in Genesis, in the life of Joseph, we find by divine providence a prophecy, a portrait, of the Lord Jesus Christ. This hidden portrait is another confirmation of the inspiration of Scripture and the deity of Jesus Christ. It’s “the Gospel according to Joseph.” The more I study, the more I stand in awe of the Word of God.

In Joseph, we see a young man who was his father’s favorite but was misused and abused by his brothers. He rises to become Prime Minister of Egypt, the most powerful nation on earth. Then he forgives, receives, and restores his brothers. These four great episodes in the life of Joseph foreshadow the life and ministry of the Lord Jesus Christ.

Joseph brought to his father Jacob, in obedience, a true report on his brothers, and they hated him (Genesis 37:2). Joseph wasn’t a tattletale—he spoke the truth. Jesus testifies about the world’s condition, and they hate Him “…because I testify of it, that the works thereof are evil” (John 7:7).

Joseph’s multi-colored coat from his father (Genesis 37:3) acknowledges his distinction, symbolic of the variegated splendors of the Lord Jesus Christ. Jesus was no drab, pale, sanctimonious, religious recluse, but the one with a coat of many colors, the happy Savior. Little children loved to come and sit at His feet. When He came to this earth,

“…anointed with the oil of gladness more than His companions” (Hebrews 1:9).

Joseph had a dream: all his brothers would one day bow before him. That really ticked them off (Genesis 37:5-6). Jesus’ Jewish brethren hated Him because he spoke of His coming dominion (Matthew 26:64-66).

Arrogant and full of pride, his brothers, when they saw Joseph, scorned him: “’Shall you indeed reign over us? Or shall you indeed have dominion over us?’ So they hated him even more for his dreams and for his words” (Genesis 37:4). When Jesus came to his Jewish brethren, they rejected him:

Jesus, the Son of God, infinite love, the One who created it all, came to His brethren, who hated and scorned Him. Why did the world turn against Jesus? It won’t permit Jesus to rule over it.

But his citizens hated Him, and sent a message after Him, saying, “We will not have this Man to reign over us.” (Luke 19:14)

The world doesn’t want Jesus. Most people in America and the world are peacocks, strutting to Hell, thinking they’re too good to be damned.

Joseph was the slain one (Genesis 37:31-34), not slain in reality but in type. They dipped his coat of many colors in blood, telling Jacob his beloved son was dead. Jesus, God’s beloved Son, shed His blood on Calvary. It was brought to Heaven and sprinkled on the mercy seat there in front of His Father.

Joseph endured all kinds of ignominious shame, but by God’s providence, he was taken from the pit, lifted up, and given a name above every name except Pharaoh himself.

What a picture of our Savior. Jesus, once rejected, is now raised on high, given a name above every name. The world is at His feet.

Therefore, God also has highly exalted Him and given Him the name which is above every name, that at the name of Jesus every knee should bow… and every tongue should confess that Jesus Christ is Lord, to the glory of God the Father. (Philippians 2:9-11)

…angels and authorities and powers having been made subject to Him. (1 Peter 3:22)

Given a New Name

Genesis 41:45 says, “And Pharaoh called Joseph’s name Zaphenath-Paneah.” Translated, it means “Savior of the world.” Jesus is also given a new name “no man knows, except Him who receives it” (Revelation 19:2).

Presented with a Gentile Bride

Joseph is given Pharaoh’s daughter in marriage (Genesis 41:45). Jesus is given the church, the Bride of Christ (Ephesians 5).

Becomes the Hope of a Dying World

Joseph, a despised and rejected Jew, became the world’s only hope (Genesis 41:55-57). “So all countries came to Joseph in Egypt to buy grain, because the famine was severe in all lands” (v. 57). Jesus is the only hope of our dying world. “Nor is there salvation in any other, for there is no other name under heaven given among men by which we must be saved” (Acts 4:12).

Joseph revealed himself to his scornful, conspiratorial brothers, to forgive them and restore them (Genesis 45:1-11). They would never have known who Joseph was, if he hadn’t said, “Look, I’m Joseph.” Jesus reveals Himself to us saying, “I am Jesus, the Son of God. I want to save you.” That is the only way you’ll know who He is. You won’t figure Him out on your own. But by divine providence God the Holy Spirit reveals to you who He is.

He Forgives and Restores

Joseph forgave and restored his brothers (Genesis 45:4-5). What love and grace. Tragedy became triumph. He invited them, “Come to me,” and they came. When Joseph said “Don’t feel bad” (v. 5), he’s not minimizing their sin; he’s maximizing the grace of God. “But as for you, you meant evil against me; but God meant it for good, in order to bring it about as it is this day, to save many people alive” (Genesis 50:20).

Joseph commissioned his brothers to go and tell (Genesis 45:9) His brothers preached Joseph risen, rich, and reigning. That’s the Jesus we’re preaching today. Jesus commissioned us, His brethren (Matthew 28:18-20). He sums up our faith in this: “Come to Me. Go to all the world.”

All this didn’t happen by chance. How could God, thousands of years beforehand, paint such a portrait of the Lord Jesus Christ? The Word of God is amazing. Only ignorance scoffs at this book.

Why is the world in such a mess? Because things are out of place. Jesus, King of kings, belongs upon the throne. Satan, the criminal, belongs in prison. The church, His bride, belongs with her groom. Soon that’s all going to be back in place. Jesus will be on the throne, Satan will be in prison, and we’ll be with Jesus.

What is this world coming to? It’s coming to Jesus. God wants you to know Jesus and be saved.

What Joseph said to his brothers, “Come to me,” Jesus says to you: “If you’ve never come, come.”

What Joseph said, Jesus says to you: “Go tell the others. Tell them I’m not dead, but now at the right hand of the majesty on high. I have made provision for you. And I want you to come and live with Me forever.”