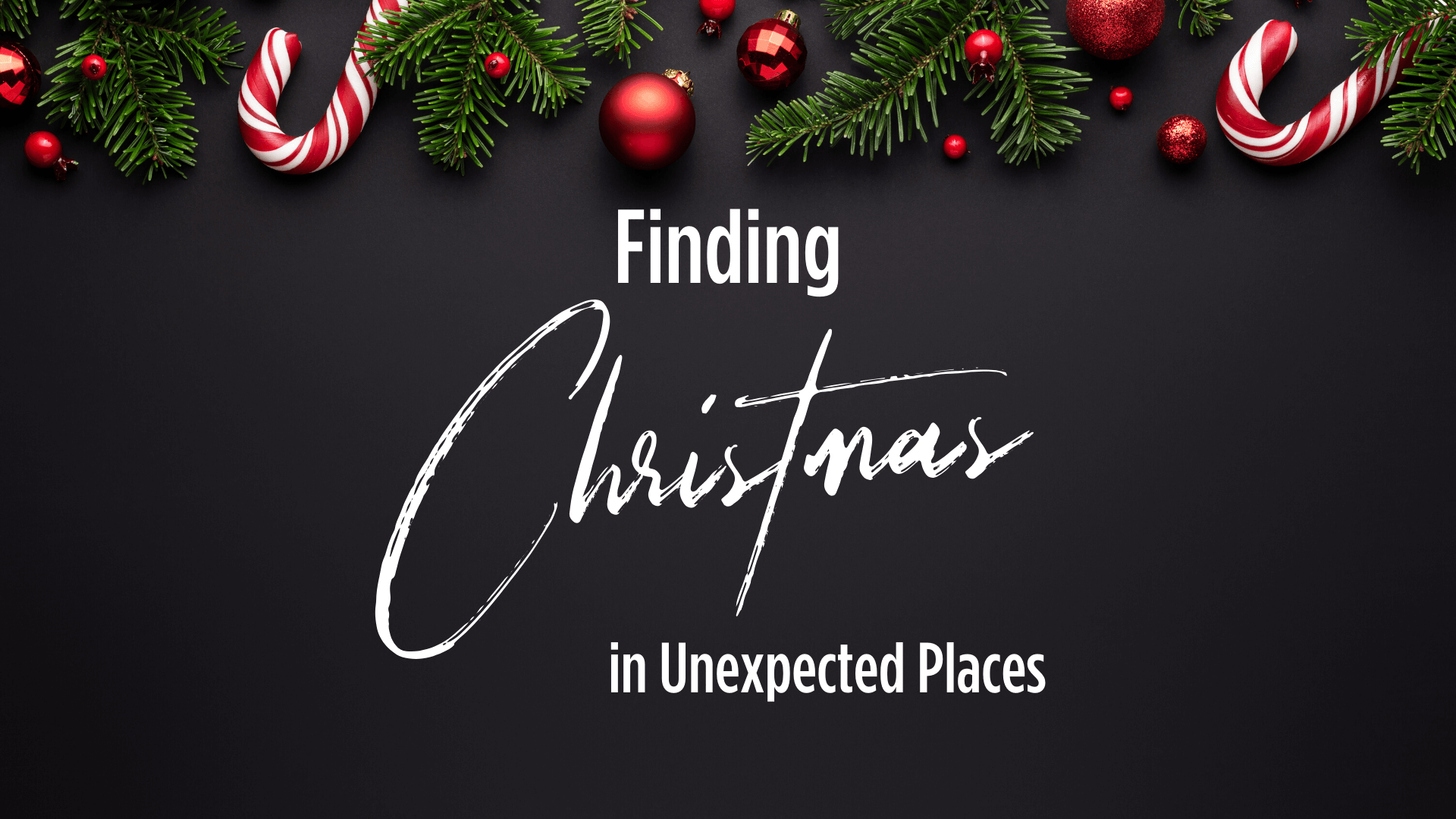 Just when we think we’ve heard the Christmas story so often there’s nothing new, we find Christmas in unexpected places.

Have you ever considered Philippians 2:5-8 as a Christmas passage? Well, it is! In these verses Paul paints a glorious yet sobering picture of what it meant for the Second Person of the Trinity, the Lord Jesus Christ, to commit Himself fully to the Father’s plan—the redemption of mankind—by leaving Heaven’s glory and coming to an inglorious manger. The Amplified Bible helps us see it more fully:

5 Let this same attitude and purpose and [humble] mind be in you which was in Christ Jesus: [Let Him be your example in humility:] 6 Who, although being essentially one with God and in the form of God [possessing the fullness of the attributes which make God God], did not think this equality with God was a thing to be eagerly grasped or retained….”

Young Mary, His mother, and the manger at Bethlehem were the first to cradle the King who…

7 …stripped Himself [of all privileges and rightful dignity], so as to assume the guise of a servant, in that He became like men and was born a human being. 8 And after He had appeared in human form, He abased and humbled Himself [still further] and carried His obedience to the extreme of death, even the death of the cross!” (Philippians 5:6-8, Amplified Bible)

In four verses Paul takes us from before the dawn of time right up to the Cross. The promise God had made as far back as the Garden of Eden (Genesis 3:15) is fulfilled in the birth and death of the Lord Jesus Christ.

Christmas is proof that God keeps His Word and His covenant. Although Mary and Joseph couldn’t see it—and the shepherds couldn’t have imagined it—the shadow of the Cross was cast across the manger that starry night.

All the promises in the Bible are covenant promises. “The secret of the Lord is with them that fear Him, and He will show them His covenant.” The Lord Jesus told His disciples at Last Supper, “This cup is the new covenant in My blood, which is shed for you.” (Luke 22:20) The Lord’s Supper commemorates The Blood Covenant.

Christmas in 1st and 2nd Samuel

David made a covenant with his dearest friend, Jonathan. Most of us understand a little about a “blood covenant” from the action adventures we saw as a child. Two men, once enemies, promise they are now “brothers” for life and seal the covenant by making a cut and mingling their blood.

In Scripture, a covenant is a sacred agreement based on blood. It is literally a union of two partners, lasting as long as they live and extending to their offspring.

When Jonathan and his father, King Saul, both died on the same day in battle, chaos broke out in the kingdom. Jonathan’s little boy, Mephibosheth, was crippled for life as the nurse caring for him dropped the child and fell upon him in her haste to get him to safety. From the perfect environment of the palace, Mephibosheth loses his inheritance, lives for years in a barren hideout, and is alienated from the king—actually fears the king. If he were to ask his nurse, “Why are we out here?” she would say, “Because if your enemy, David, ever finds you, he'll kill you.”

So poor Mephibosheth, on the backside of nowhere, drags his limbs behind him, breathing dust, hating and fearing David.

Deformed, Mephibosheth represents the sinner—what we were like, misshapen by sin, crippled by the fall. Mephibosheth couldn’t come to the king on his own; he had to be brought. That's the way we are—spiritually and morally crippled by sin.

Dethroned, he was a prince living in exile. God made us to be kings and princes, but we've been living in a barren land, breathing dust, dragging our dead limbs behind us when we ought to be sitting enthroned with our Lord.

Doomed, he was an enemy deserving no mercy. He had the sentence of death on him—just as we did before we were saved.

Deceived, Mephibosheth thought David was his enemy. What a picture of the lost sinner—he feels that way about God! God has to run us down in order to save us. We don't seek Him—we fear Him. Yet all God wants to do is love us, bless us, and share the blessings of The Blood Covenant.

But the story doesn’t end there. Remember, David has a covenant with Jonathan, and Mephibosheth is Jonathan's son. One day David asks, “Are there any descendants of Jonathan still alive, that I might bless them?” (2 Sam.9:1) He learns that Jonathan’s only descendant—Mephibosheth—still lives.

What happens next is a picture of the Christmas story. Mephibosheth is the sinner who needs to enter into the blood covenant, Jonathan pictures the Savior who, 2,000 years ago on the cross, entered into a blood covenant with God the Father for the sons of men. And David pictures the Father, who offers salvation through the “Child that is born; the Son who is given.”

Because of the Blood Covenant, Mephibosheth experiences an unbelievable “Christmas morning.” David restores Mephibosheth to his place in the palace. He puts new robes on Mephibosheth’s frail body, has him dine at the king’s table, bestows his inheritance, and welcomes him as his own son.

He receives the king’s forgiveness, “that I may show him kindness for Jonathan's sake.” This is what we receive when we enter into The Blood Covenant. Jesus has restored us and made us sons and heirs, “which He hath purchased with His own blood” (Acts 20:28). “God, for Christ's sake hath forgiven us” (Eph. 4:32). Because of the covenant, we don't have to be afraid. He takes His robe and puts it on us. We’re clothed in His righteousness.

He receives the king's fortune. His inheritance is restored (v. 9). What Adam lost in the Garden, Jesus regains. We’re heirs of God and joint-heirs with Jesus Christ.

This Christmas, when you see red and green intertwined, think of the rich, red, royal blood of the Lord Jesus in the covenant He made for you, and in the green, new life that is yours in Christ—all because of The Blood Covenant.

Long ago your heavenly Father made a covenant.
Your elder brother, the Lord Jesus Christ, sealed it with His blood.
And you are brought into the palace of the King to live with Him.
Starting now, and for eternity.