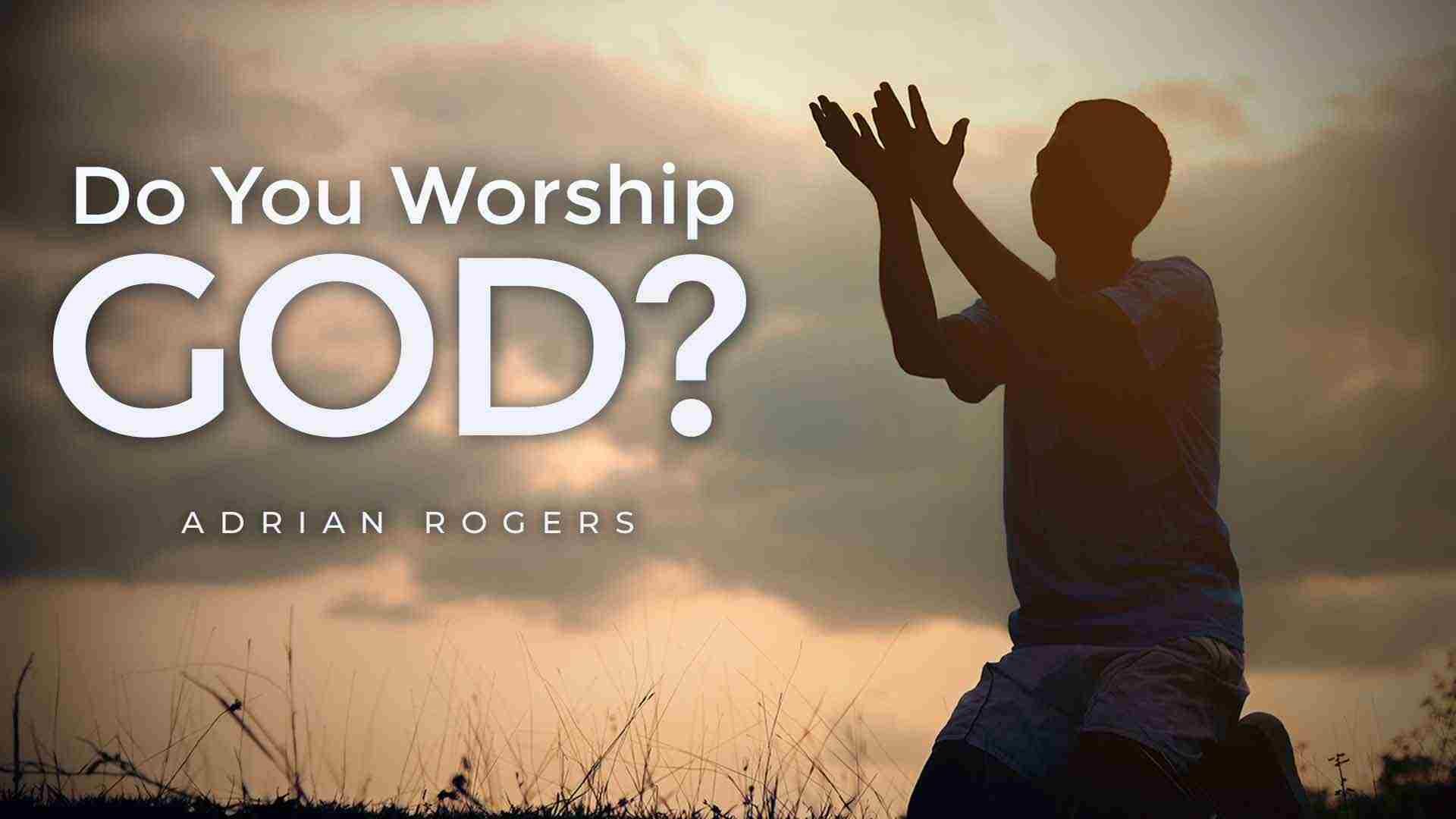 Do You Worship God?

The central theme of Hebrews 11 is that God is to be worshiped. And He must be worshiped in spirit and in truth. (See John 4:24.)

“By faith Abel offered to God a more excellent sacrifice than Cain, through which he obtained witness that he was righteous, God testifying of his gifts; and through it he being dead still speaks” (Hebrews 11:4). The Old Testament is a book of shadows pointing to New Testament truths, and in Abel we see a shadow of the crucifixion of Christ.

Now Adam knew Eve his wife, and she conceived and bore Cain, and said, “I have acquired a man from the LORD.” Then she bore again, this time his brother Abel. Now Abel was a keeper of sheep, but Cain was a tiller of the ground. And in the process of time it came to pass that Cain brought an offering of the fruit of the ground to the LORD. Abel also brought of the firstborn of his flock and of their fat. And the LORD respected Abel and his offering, but He did not respect Cain and his offering. And Cain was very angry, and his countenance fell. (Genesis 4:1-5)

Consider the worship that Cain and Abel offered.

The Contrast in Their Worship

Today, we are looked upon as politically incorrect if we don’t put our arms around everybody else and say, “Your religion is just as good as mine.” It is not true.

Cain’s way was salvation by good works, rather than by grace. His offering must have looked like a county fair—the most fragrant fruit, the most beautiful flowers, the most succulent vegetation. But God says, “without shedding of blood there is no remission” (Hebrews 9:22b).

“Abel also brought of the firstborn of his flock and of their fat” (Genesis 4:4a). Abel’s offering was based on blood atonement. Did Abel understand about Christ? “To Him [Jesus] all the prophets witness that, through His name, whoever believes in Him will receive remission of sins” (Acts 10:43; word in brackets added). Abel was a prophet (See Luke 11:49-51.), and since the Bible says all the prophets witness to Christ, then just outside the gates of Eden was a man who offered a lamb as a prophecy of Jesus.

Redemption by blood was in God’s heart before He ever made the world. (See Revelation 13:8.)

God called Abraham and said, “Take your son to Mt. Moriah and sacrifice him.” But when the knife was about to fall into Isaac’s bosom, God said, “Abraham! Don’t hurt the lad. Look: here is a ram caught in a thicket. Sacrifice that ram.” (Read Genesis 22.) Jesus said, “Your father Abraham rejoiced to see My day” (John 8:56a).

God said to Moses, “When you take my people from Egypt, tell every family to put a lamb’s blood on their doorposts because my death angel will come through Egypt. If the blood is upon your doorpost, death will pass over you.” (Read Exodus 12.)

And why all of those sacrifices in the Jewish temple? “For it is not possible that the blood of bulls and goats could take away sins” (Hebrews 10:4).

God was creating a conditioned response so that when His people see blood, they know that sin means death. He was pointing toward Calvary.

The Consequences of Their Worship

The LORD respected Abel and his offering, but He did not respect Cain and his offering. And Cain was very angry, and his countenance fell. So the LORD said to Cain, “Why are you angry? And why has your countenance fallen? If you do well, will you not be accepted? And if you do not do well, sin lies at the door. And its desire is for you, but you should rule over it.” (Genesis 4:4b-7)

The definition of sin is coming short of the glory of God.

There is the glory of God, here you are: the gap between is sin.

For all have sinned and fall short of the glory of God, being justified freely by His grace through the redemption that is in Christ Jesus, whom God set forth as a propitiation by His blood, through faith, to demonstrate His righteousness, because in His forbearance God had passed over the sins that were previously committed. (Romans 3:23-25)

Propitiation means “satisfaction.” Nothing can satisfy the holy righteousness of God except the shed blood of the Lord Jesus Christ. Your sin will be pardoned in Christ, or punished in Hell. This is salvation by grace. The consequences of worship last through eternity.

The Conflict of Their Worship

Think of the people who are being murdered today in the name of religion.

“These things I have spoken to you, that you should not be made to stumble. They will put you out of the synagogues; yes, the time is coming that whoever kills you will think that he offers God service. And these things they will do to you because they have not known the Father nor Me. But these things I have told you, that when the time comes, you may remember that I told you of them” (John 16:1-4a).

There’s no fine print in the contract. The word martyr and the word witness are the same word in the Greek language. Death doesn’t make martyrs; it simply reveals them. True faith is never based upon force. One of the greatest mistakes the so-called Christian church ever made was the Crusades when we tried to spread our faith by force. Islam is an idea. Communism is an idea. The only thing that will kill an idea is a better idea, and that is the Gospel of our Lord Christ. There are times when we need to go to war, but not to spread the Christian faith.

There are only two religions in the world: the true and the false. The difference between them is Heaven and Hell. If there is another way to Heaven other than by the blood of Christ, why did Jesus die? “I do not set aside the grace of God; for if righteousness comes through the law, then Christ died in vain” (Galatians 2:21). Why did God allow His darling Son to die in agony if there is another way? “Without shedding of blood there is no remission” (Hebrews 9:22b).

Worship in the Church