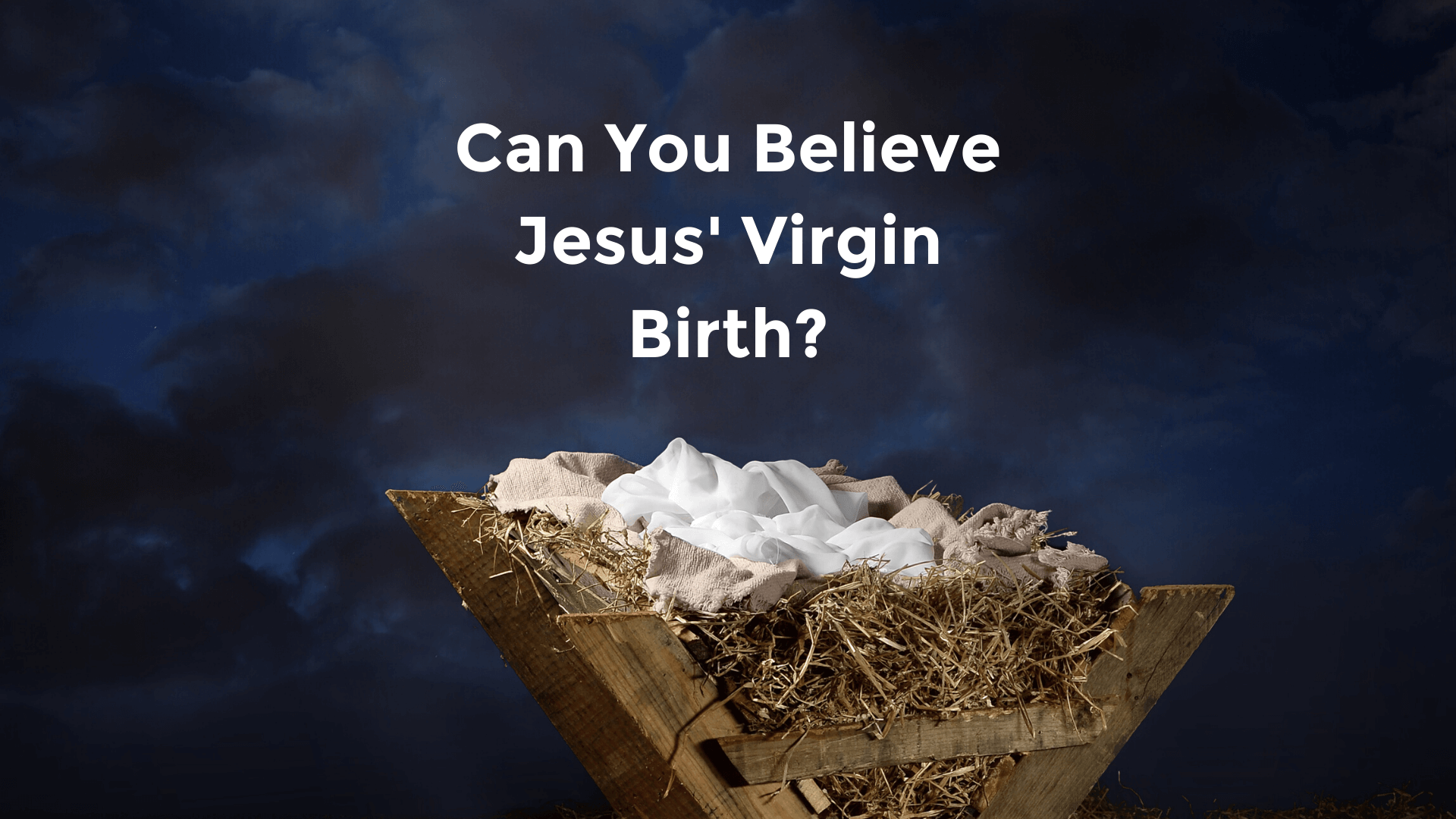 Can You Believe Jesus’ Virgin Birth?

The truth of the virgin birth of Christ is a truth opposed from every side.

It’s not incidental. It is fundamental.

You have no hope of salvation apart from the virgin birth. If you remove the virgin birth of Jesus, you destroy the foundation of Christianity. It will collapse like a house of cards.

The Sacred Mystery of His Birth

In Luke 1, when God sent the archangel Gabriel to Mary, His word identifies her as a young virgin. When Gabriel tells her she will conceive and bear a son, what’s her first question? “How can this be?” When Mary adds that she “knows not” a man, the words “know not” literally mean that she’s not had sexual relations with a man.

Mary asked a good question. Gabriel explains how this is going to happen:

The Holy Spirit shall come upon thee, and the power of the highest shall overshadow thee…. Therefore, also that holy thing which shall be born of thee shall be called the Son of God. (Luke 1:35)

The virgin birth does not depend upon our understanding for its validation. Vance Havner said, “I don’t understand electricity, but I’m not going to sit around in the dark until I do.” There are a lot of things we don’t understand, but we still experience them.

Dr. Robert G. Lee, one of the greatest Christian orators of the 20thcentury, said,

"I don’t believe God is an impotent and puzzled bellhop, running up and down the corridors of the house He designed by His omniscience and created by His omnipotence, having lost the key to some of the mystery rooms of His own house. It is impossible for Him to be baffled or bothered or chained by the physical elements."

God is not bound by the very laws He Himself created in the universe He Himself has made. He is Master and Lord of that universe. God can do anything He well pleases—He is God.

Angels proclaiming His birth to the shepherds declared, “For unto you is born this day in the city of David, a Savior, which is Christ the Lord” (Luke 2:11).

Mankind desperately needs a Savior. John 3:16 says that. Since the Bible clearly teaches “All have sinned,” “The wages of sin is death,” (Romans 3:23) and “The soul that sinneth it shall surely die,” (Ezekiel 18:20) we’re in trouble. We must die. Or someone must die in our place.

For since by man [the first Adam] came death, by man [the second Adam, Jesus Christ] came also the resurrection from the dead. For as in [the first] Adam all die, even so in Christ shall all be made alive. (1 Corinthians 15:21-22)

And almost all things are by the law purged with blood; Without shedding of blood is no remission [of sin]. (Hebrews 9:22)

Sin must be atoned by shed blood, ours or a substitute’s, but that blood must be sinless blood.

All the “Adams” in creation would not do for the blood atonement for sin. None of us can qualify. We know we’re sinners by birth, choice, practice, and nature.

If Jesus had been born like we are, He would have been a son of Adam, a sinner. Had He been a sinner, He could not have been innocent. Had He not been innocent, He could have been nobody’s substitute: not mine, not yours, no one’s. The only sin He could die for would be His own. Jesus Christ had to be a sinless, spotless, perfect lamb, or His sacrifice would never do.

But God in Spirit has no blood—thus God the Father has no physical blood to shed. The great eternal “I AM” cannot bleed, cannot die. Thus the Word had to leave heaven and enter earth as the Incarnate Word, Jesus, in a human body.

Whose blood circulated in that little baby? The blood of God, for the bloodline is determined by the father.

Take heed to feed, to feed the church of God, which He [God] hath purchased with His own blood. (Acts 20:28)

And the Word was made flesh, and dwelt among us, (and we beheld His glory, the glory as of the only begotten of the Father,) full of grace and truth. (John 1:14)

Because His Father is truly God and His mother is truly human, Jesus is God in human flesh, the God-man. Not half-God and half-man. Not all God and no man. He is the only begotten Son of God, the only one qualified to die upon that cross for our salvation.

Apart from the virgin birth, we have no hope of salvation. Thank God—Jesus stepped out of Heaven and was born of a virgin. No wonder the angel said, “Good tidings of great joy, which shall be to all people” (Luke 2:10).