Beware of the Mark of the Beast 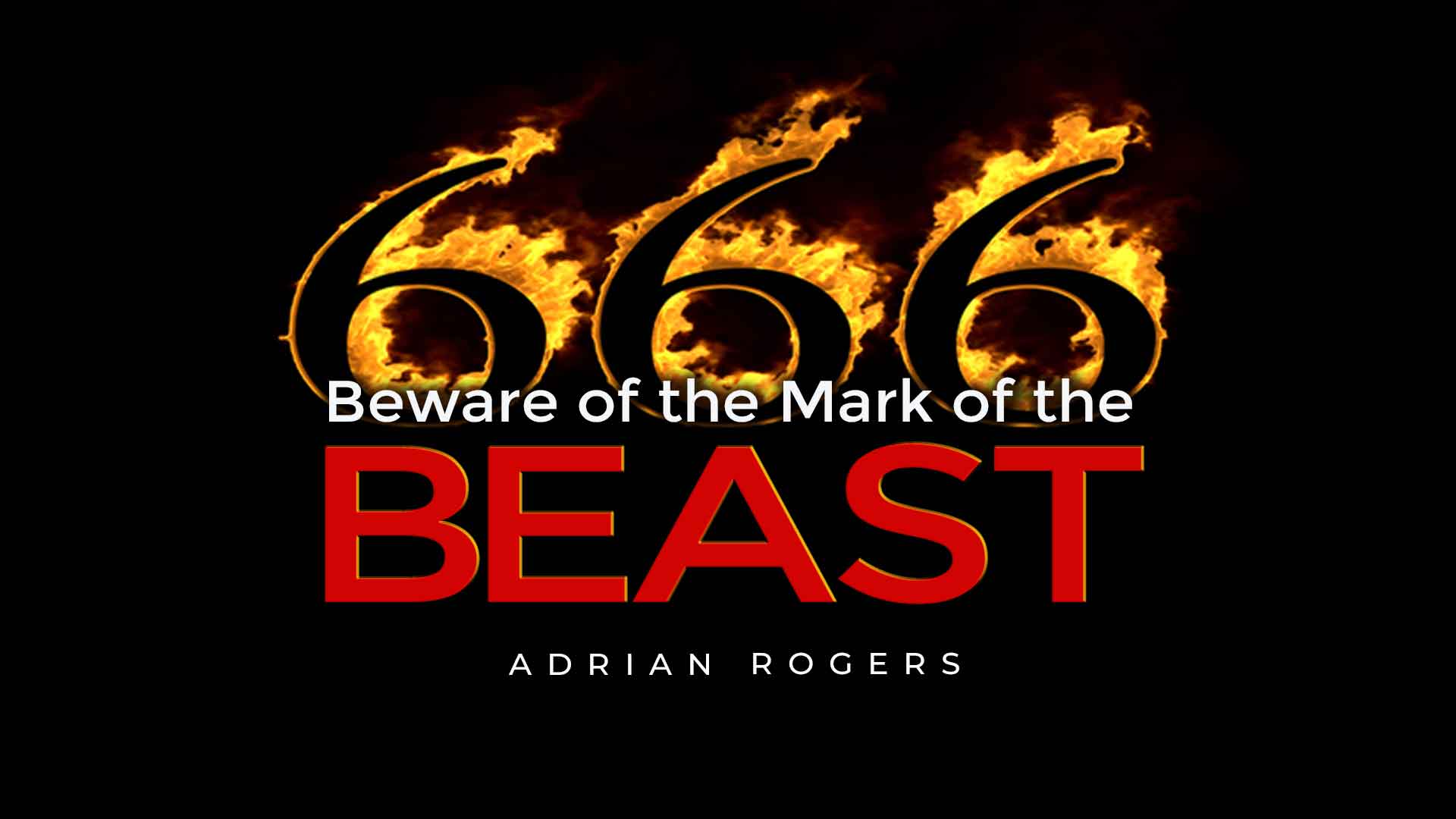 There is a beast lurking in the wings of history—not an animal, but a man with the heart of a beast. He has many aliases: the man of sin, the son of perdition, (See 2 Thessalonians 2:3.) and the Antichrist. (See 1 John 2:18-22.)

The Beast Comes During Social Agitation

The Apostle John wrote, by divine inspiration, “Then I stood on the sand of the sea. And I saw a beast rising up out of the sea” (Revelation 13:1a).

Remember, the prophecy in the book of Revelation is in symbols. So what does the sea represent? “Then [the angel] said to me, “The waters which you saw…are peoples, multitudes, nations, and tongues” (Revelation 17:15; words in brackets added).

No wonder, for “the wicked are like the troubled sea, when it cannot rest, whose waters cast up mire and dirt. ‘There is no peace,’ says my God, ‘for the wicked’” (Isaiah 57:20-21). Out of this seething sea of humanity, which has no peace, the antichrist will come.

The Beast Is Satanic

“I saw a beast rising up out of the sea, having seven heads and ten horns, and on his horns ten crowns, and on his heads a blasphemous name. Now the beast which I saw was like a leopard, his feet were like the feet of a bear, and his mouth like the mouth of a lion. The dragon gave him his power, his throne, and great authority” (Revelation 13:1b-2).

You find almost the same description in Revelation 12:3—“Behold, a great, fiery red dragon having seven heads and ten horns, and seven diadems on his heads.” But we don't have to guess who the dragon is. “So the great dragon was cast out, that serpent of old, called the Devil and Satan, who deceives the whole world” (Revelation 12:9a). The beast is described in the same way because the beast is the son of Satan; the beast is the devil in human flesh.

The prophet Daniel tells us these other creaturely attributes represent empires of the past. (Read Daniel 7.) This antichrist will have the stateliness of the lion, the grappling strength of the bear, and the rapidity of the leopard to spread his kingdom across the Earth.

The world that has rejected God's Lamb will receive the devil's beast. Jesus said, “I have come in My Father’s name, and you do not receive Me; if another comes in his own name, him you will receive” (John 5:43). The Jews will believe the beast is the Messiah at last.

The Beast Is Appealing

Don’t get the idea that the beast is hideous. “Beast” speaks of his heart and mind; outwardly, he will be suave, charming, intelligent. “And no wonder! For Satan himself transforms himself into an angel of light” (2 Corinthians 11:14).

There will be some imitation of a resurrection—“And I saw one of his heads as if it had been mortally wounded, and his deadly wound was healed. And all the world marveled and followed the beast” (Revelation 13:3) Satan's propaganda will tell the story worldwide. The beast will be known as the greatest benefactor the world has ever seen. “So they worshiped the dragon who gave authority to the beast; and they worshiped the beast, saying, ‘Who is like the beast? Who is able to make war with him?’” (Revelation 13:4)

The Beast Has Sinister Ambitions

Here are some unholy ambitions the beast will have:

“So they worshiped the dragon who gave authority to the beast…” (Revelation 13:4a). Satan has always wanted to be worshiped. (Read Isaiah 14:12-15.)

“And he was given a mouth speaking great things and blasphemies” (Revelation 13:5a). He is the antichrist, meaning “against Christ” and “instead of Christ.” Jesus said, “For false christs and false prophets will rise and show great signs and wonders to deceive, if possible, even the elect.” (Matthew 24:24). Without the protection of Almighty God, you would gladly believe his lies.

“It was granted to him to make war with the saints and to overcome them…” (Revelation 13:7a). The beast will have one last fling against God's people, and drink the blood of the Christian martyrs.

“…And authority was given him over every tribe, tongue, and nation” (Revelation 13:7b) He will unify everyone. He will do it by reward, or by persecution, but all the world will follow after the beast.

“All who dwell on the earth will worship him, whose names have not been written in the Book of Life of the Lamb slain from the foundation of the world” (Revelation 13:8). The devil wants converts. “That Day will not come unless the falling away comes first, and the man of sin is revealed, the son of perdition, who opposes and exalts himself above all that is called God or that is worshiped” (2 Thessalonians 2:3b-4a).

The Beast Comes with a False Prophet

“Then I saw another beast coming up out of the earth, and he had two horns like a lamb and spoke like a dragon. And he exercises all the authority of the first beast in his presence, and causes the earth and those who dwell in it to worship the first beast, whose deadly wound was healed” (Revelation 13:11-12).

The devil imitates God. The second beast, the false prophet, will be to the first beast what the Holy Spirit is to Jesus. This sinister minister of propaganda will have three chief methods: the fire, the image of the beast, and the mark of the beast.

One thing we know: Jesus Christ is coming, and you had better be ready. The way to be ready is to give your heart to Him, to be born again. Your soul could no more cease to exist than God could cease to exist, because you are made in His image. You will have eternal existence, but without a second birth you will never have eternal life. Jesus said, “The thief does not come except to steal, and to kill, and to destroy. I have come that they may have life, and that they may have it more abundantly” (John 10:10).

Unveiling The End Times In Our Time Book