When we focus on facts about the birth of Jesus, we lose sight of the spiritual truths behind the facts. We forget about the real meaning of "Christ is Born."

When we think about Christmas — about Jesus’ birthday — it’s easy to primarily focus on the facts about the birth of Jesus:

During the Christmas season, we rehearse these facts in the songs we sing. We sing about the three kings who came from afar, the little town of Bethlehem, the little Lord Jesus laying down His sweet head.

So how do we ensure that we have the right focus during the Christmas season? Where do we see the true meaning of Christmas?

We need to go back thousands of years before Christ is born.

Thousands Of Years Of Sacrifices

They were miserable, beaten down, and despairing, desperately needing to be delivered. And so they cried out to God for deliverance and God sent Moses to them. God heard their plea for help and raised up a rescuer.

Through Moses and his brother Aaron, God sent crippling plagues upon the Egyptians. The Nile River turned to blood, hordes of locusts consumed their crops, and the land was infested by frogs and flies. They were afflicted with boils, swallowed by darkness, and their livestock was annihilated.

And yet, after enduring nine plagues and seeing the destruction of Egypt, Pharaoh still refused to let the people of Israel go. His heart was hard toward God. He refused to bow to the King of Kings.

So God told Pharaoh that he would send one final plague upon him. God would kill every firstborn son in Egypt. Through this final plague, God would rescue the people of Israel.

It was at this time that God instituted the Passover for the people of Israel. In Exodus 12:3, 5-6, we read:

Speak to all the congregation of Israel, saying: ‘On the tenth of this month every man shall take for himself a lamb, according to the house of his father, a lamb for a household...Your lamb shall be without blemish, a male of the first year. You may take it from the sheep or from the goats. Now you shall keep it until the fourteenth day of the same month. Then the whole assembly of the congregation of Israel shall kill it at twilight.

After the people killed the lambs, they were to take the blood and put it on the lintels and doorposts of their houses. When the Angel of the Lord saw the blood, he would pass over the house and not kill the firstborn son. The people of Israel were safe under the blood of the lambs.

For thousands of years after that first Passover, the people of God continued to offer sacrifices to God. They sacrificed lambs and goats and bulls and doves, not just on Passover but on every single day of the year. Day after day, year after year, century after century, animals were sacrificed to God.

These sacrifices were necessary. God is holy, righteous, and just, and sin must be paid for. God couldn’t just sweep the sins of His people under the rug. He couldn’t dismiss them with a wave of His hand. Atonement for sins had to be made. God accepted the animal sacrifices as payment and atonement for the sins of the people of Israel.

But there was a problem. The death of a lamb or bull or goat couldn’t pay for a person’s sins. If the sacrifices could take away all of a person’s sins, they wouldn’t have to be offered again and again. Theft and slander and anger and covetousness couldn’t be paid for by an animal.

For then would they not have ceased to be offered? For the worshipers, once purified, would have had no more consciousness of sins. But in those sacrifices there is a reminder of sins every year. For it is not possible that the blood of bulls and goats could take away sins.

God never intended animal sacrifices to be a permanent solution.

The blood of animals couldn’t truly cleanse anyone from their sins. In fact, the sacrifices were actually a reminder of the people’s sins.

The sacrifices were meant to point to a better, permanent solution that God would provide. They were a shadow of what was to come. They were signposts pointing to the small town of Bethlehem.

Are you starting to see the connection between Passover, animal sacrifices, and Christmas?

Christ Is Born, The Saving Lamb

It’s incredibly fitting that Jesus was born in Bethlehem. In the fields outside of Bethlehem, shepherds raised sheep that would be sacrificed during Passover. The Passover, as well as all the other sacrifices offered by Israel, were all meant to point to Jesus, God’s final, ultimate sacrifice.

The Bible describes Jesus as our Passover lamb.

First Corinthians 5:7 says, “For indeed Christ, our Passover, was sacrificed for us.”

And the glorious good news is that Jesus was indeed perfect in every way. He was born without sin and lived a sinless life of perfect obedience to God. From the moment He was born until he died on the cross, Jesus completely obeyed God in thought, word, and deed. He was without any blemish or spot.

...knowing that you were not redeemed with corruptible things, like silver or gold, from your aimless conduct received by tradition from your fathers, but with the precious blood of Christ, as of a lamb without blemish and without spot.

Jesus saved us through His sacrificial death on the cross. Just as the Passover lamb was sacrificed for the people of Israel, Jesus was sacrificed for our sins. His blood was shed so that our sins could be forgiven and so that we could know God. The firstborn sons of Israel were saved by the blood of lambs. We have been saved through the precious blood of Jesus Christ, the lamb of God.

You could say that Jesus was born in the shadow of the cross. Yes, His birth was glorious, attended by wise men and angels and shining heavenly bodies. But the cross hung over the manger. From the moment He was born, Jesus was headed toward Calvary. Ultimately, the Christmas story contains both a manger and a cross.

Hark, the herald angels sing
Glory to the newborn King
Peace on earth, and mercy mild
God and sinners reconciled

How can God and sinners be reconciled? How can sinful people have an intimate, close relationship with a holy, perfect God? Only through Jesus, our saving lamb. Jesus is our Passover lamb. When God looked at the doorposts of the people of Israel, He saw the blood of the lambs. When God looks at us, He sees the precious blood of His Son.

Hebrews 10:12-14 says: “But this Man, after He had offered one sacrifice for sins forever, sat down at the right hand of God, from that time waiting till His enemies are made His footstool. For by one offering He has perfected forever those who are being sanctified.”

Jesus is the perfect Passover lamb. When we believe in Christ, God cleanses all our sins and gives us the perfect righteousness of Jesus Christ. By the single sacrifice of Christ, we are made perfect before God.

Experience Christmas with a New Tradition

Rooted in Pastor Adrian Rogers' book A Family Christmas Treasury, this Christmas Experience includes a collection of inspiring content, activities to bring your family together, and 31 daily devotions for each day of December. Feel free to pick and choose the days and activities that fit your schedule. 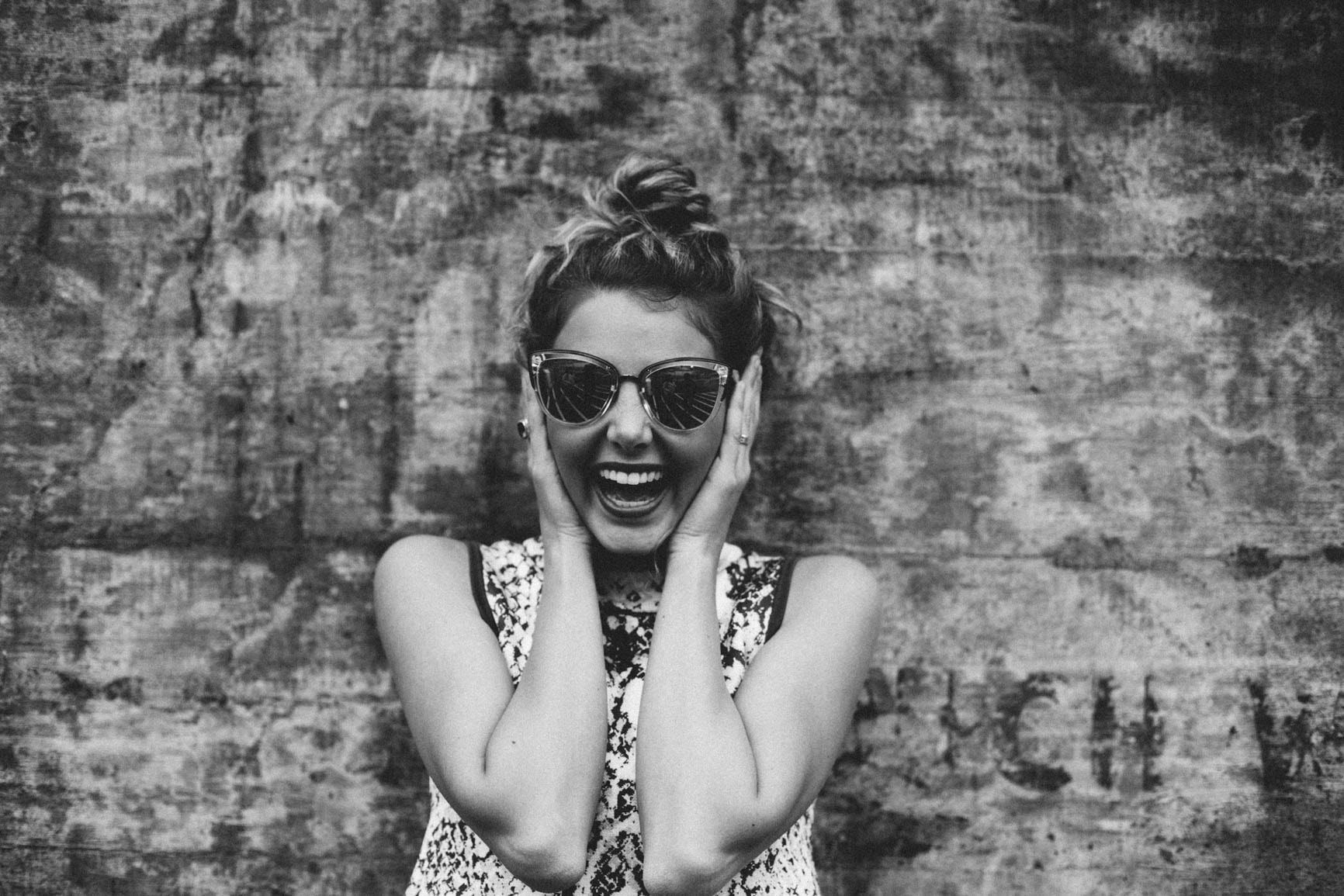 Rejoicing In Our Salvation

They rejoiced when they thought about the great lengths God went to in order to save them.

We have every reason to be filled with joy this Christmas.

Our joy goes far beyond gifts and gatherings and decorations and meals, as wonderful as all those things are. We have the joy of those who have been brought from death to life. We’ve been washed whiter than snow by Jesus, the Saving Lamb. We no longer labor under the burdensome weight of our sins. We have been set free by Jesus.

Yes, we still struggle and suffer and experience pain.

Holidays, in particular, can be difficult. But we can rejoice even in the midst of our suffering. We have a hope that surpasses all our trials and tribulations. We are God’s children, redeemed by the blood of the Lamb of God.

“And not only that, but we also glory in tribulations, knowing that tribulation produces perseverance; and perseverance, character; and character, hope. Now hope does not disappoint, because the love of God has been poured out in our hearts by the Holy Spirit who was given to us.”

Many people don’t have hope during the holidays. We can have hope because God’s love has been poured into our hearts.

Celebrating The Greatest Gift This Christmas

If you’re like most people, you probably exchange gifts at Christmas. Why do we do that? Why do we go to so much effort to shop for and wrap gifts? One reason is that it’s enjoyable. It’s fun to make others happy.

But for those of us who know Christ, we have a deeper, more profound reason for giving gifts.

Listen to the Experience Christmas playlist as you and your family take part in these activities.

You can also purchase the Experience Christmas Worship Collection as a digital download or CD to listen offline.

Articles Related to Love Worth Finding

Jesus Is The Shining Light

The Unfinished Story of Christmas

The Light Source of The Christmas Story