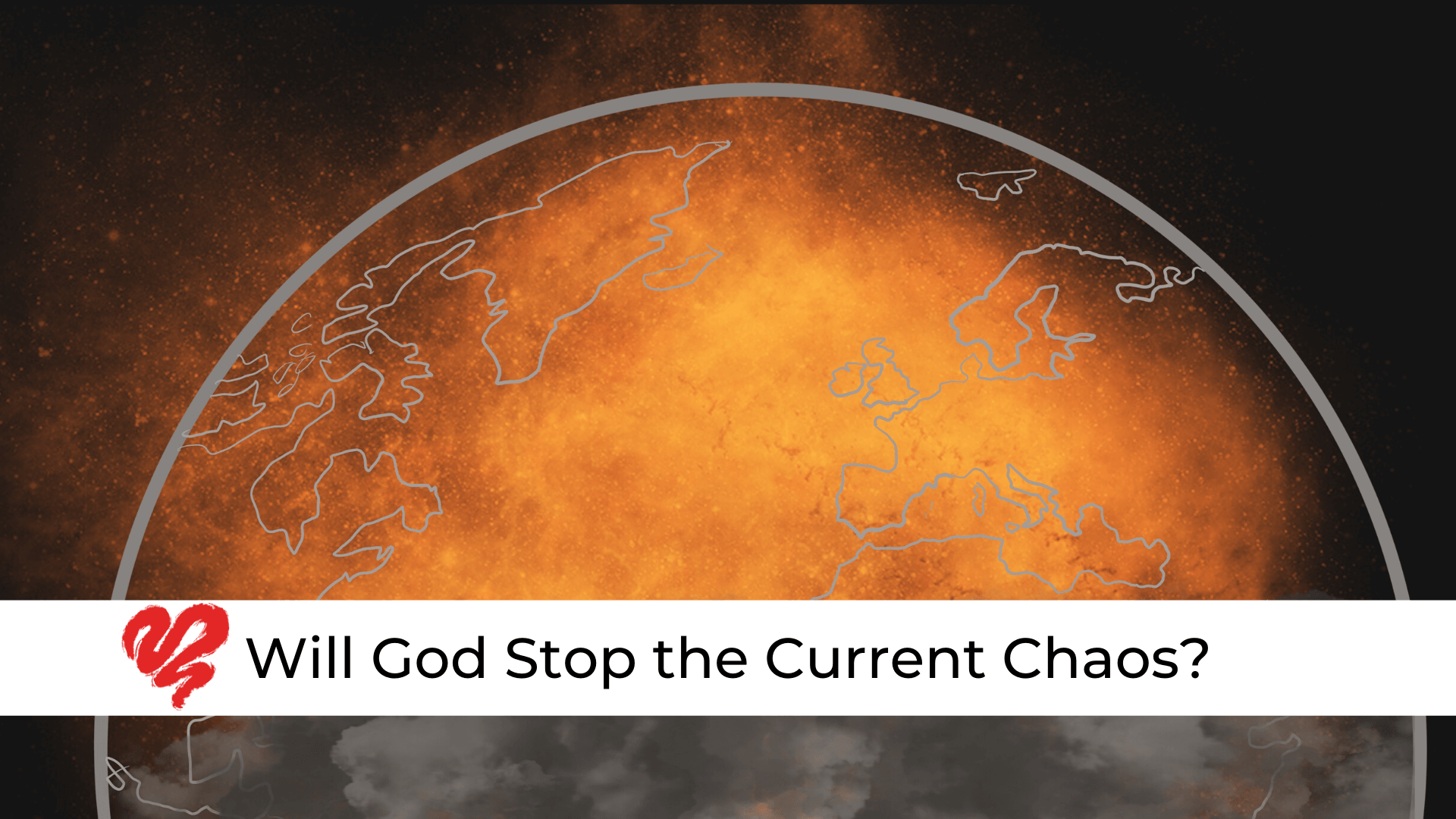 Will God Stop the Current Chaos?

Did you know a day is coming on Earth when the Garden of Eden will be restored? The entire earth will blossom as a rose. A golden age is coming when there will be no more poverty, prison, mental institutions, army bases, or houses of prostitution. Can you imagine no violence or crime? Everyone having all their heart desires? Tools of war will be relics of the past. The wolf and lamb will lie down together, Israel will be restored to her land, Jerusalem will be the world’s capital, resurrected saints will reign with the Lord Jesus Christ, and “the earth will be filled with the knowledge of the glory of the LORD as the waters cover the sea” (Habakkuk 2:14).

That golden age is called “the Millennium”—a 1,000-year reign of Christ on earth described in Revelation 20:1-7. We can be sure it’s 1,000 years, for it says so six times in these verses. When God repeats Himself even once, we should pay attention.

But theologians have divided opinions about the Millennium and the end times into three different schools of thought. You will hear this and need to know about the controversy.

They believe there is no Millennium. That’s what “A-millennial” means. They’ve taken Millennium prophecies and spiritualized them away. They don’t look for Jesus’ reign on Earth or God to fulfill His promises concerning Israel. In fact, it’s a pretty slick thing they’ve done: take God’s promises to Israel as a nation, all the blessings, and apply them to the Church. Then they take all the curses and given them to Israel. They believe the Millennium is just an allegory for Jesus’ ruling and reigning through the Church. Obviously, I’m not an amillennialist.

These folks believe Jesus comes after the Millennium. There must be 1,000 years of peace. The Church must bring in the golden age by Christianizing the world, after which Jesus will return. Centuries ago, this was somewhat popular, but you won’t find many post-millennialists today. The world grows more chaotic, just like the Bible said it would. After two World Wars, nuclear arms build-up, and now terrorism sweeping the world, if I were a post-millennialist, I would be very discouraged.

The Gospel is not something to save civilization from wreckage, but to save men from the wreckage of civilization and prepare them for the Kingdom that will appear when Jesus comes.

I am a premillennialist, and that’s what I hope you are or will be before I finish this. Premillennialists believe Jesus must come before we can have 1,000 years of peace. He will come in power and great glory to rule and reign from Jerusalem. Our major responsibility in this age is to get people ready for His Second Coming by preaching the Gospel.

Examining today’s Scripture, here are four truths about this golden age of 1,000 years when Jesus rules on Earth.

In the Millennium, Satan will be bound. Amillennialists claim Satan is chained now. If so, he’s on an awfully long chain! Today, he walks about as a roaring lion (1 Peter 5:8). But during the Millennium, the arch-criminal will be pronounced guilty and receive the longest prison sentence in history: 1,000 years. He’ll be confined to a prison called “the bottomless pit.” That’s not his final destination, just a holding cell until after his final rebellion when he’s cast into the lake of fire (Revelation 20:10).

Why such an end? In the names God has given him you’ll see his wicked character:

Satan is behind every murder, child molestation, rape, addiction, arson, every jail cell and asylum, every high crime against God. Now he’s locked away in “the bottomless pit.”

You will want to read this brief biography of Satan in Isaiah 14:12-15. Put a bookmark in Revelation 20 and turn there. You’ll see his arrogance: (“I will ascend above the heights of the clouds, I will be like the Most High”) and his imprisonment (v.14-15).

What will Earth be like during the Millennium? Will there really be a “Golden Age”?

How will believers reign with Jesus if they’ve died or been martyred? They will be resurrected. They come to life in the first resurrection (Revelation 20:4-6).

Satan is locked away in the bottomless pit, but “Now when the thousand years have expired, Satan will be released from his prison” (Revelation 20:7). Satan is back! But not by his own power. He’s released. God, always sovereign, allows him one last fling.

Why would God release Satan after 1,000 years of a golden age? It’s God’s final demonstration of the wickedness of the human heart and mankind’s final test.

You see, not everyone in the Millennium will be a follower of Christ. Children will be born who won’t receive Jesus as Savior. Just because your parents are Christians doesn’t mean you’ll be one. Down in the human heart, sin lies latent, ready to rise. The unsaved will join forces with Satan for one final battle against God.

The criminologist and his prisons, the sociologist and his programs, the educator and his philosophies, the statesman and his politics—none of these are the answer. The only answer to mankind’s latent sin is the precious blood of Jesus Christ.

Will there ever be a time when sin is finished, and we’ll at last be done with it? Yes. “The bottomless pit” was a holding cell. Now Satan is cast headlong into the lake of fire, “prepared for the devil and his angels” (Matthew 25:41), the final resolution. Hell is not temporary.

They went up on the breadth of the earth and surrounded the camp of the saints and the beloved city. And fire came down from God out of heaven and devoured them. The devil, who deceived them, was cast into the lake of fire and brimstone where the beast and the false prophet are. And they will be tormented day and night forever and ever. (Revelation 20:9-10)

If you follow Satan, I want to say it kindly but forcefully, that’s where you will end up.

Then comes the end, when He delivers the kingdom to God the Father, when He puts an end to all rule and all authority and power. For He must reign till He has put all enemies under His feet. (1 Corinthians 15:24-25)

What a day that will be, when we have the final resolution of sin.

Here is the order of final events:

Jesus reigns over a peaceful Earth.

We reign with Him.

Israel is back in her land.

The bride of Christ, the Church, is with the bridegroom.

The King is on His throne.

Be encouraged. The Gospel hasn’t failed. We’re not post-millennialists trying to rearrange deck chairs on the Titanic. We’re telling people of the Lifeboat, whose name is Jesus.

Anticipate! Jesus could come at any moment.

Evangelize. Tell people about Jesus so they might be saved. Ask God to give you a soul-winner’s heart.

Examine. Are you sure you’re saved? Your soul is too precious to play loosely with it. You can be saved today. There’s nothing to buy. Nothing to earn. It’s a gift. “For by grace you have been saved through faith” (Ephesians 2:8). Grace is God’s love for you, reaching down, saying, “I love you. I sent My Son to die for you.” Faith is your hand reaching up to God. When you put your hand of faith in God’s hand of grace, that’s salvation.